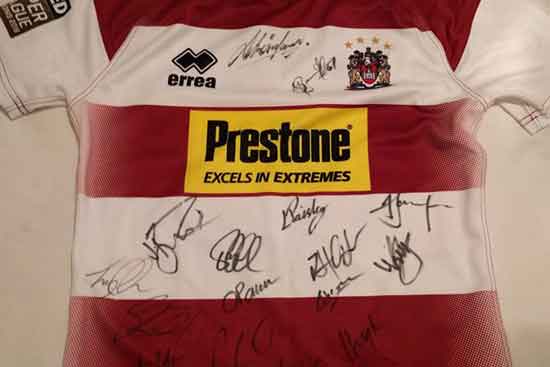 As most rugby league clubs do during the offseason, and many continue do so all year long, the USARL’s Southwest Florida Copperheads are undertaking fundraising efforts to raise money for the American domestic season later this year.

This time, the club is raffling off a Wigan Warriors jersey.

Bidding started on Thursday, February 13, 2020 and will be open for 10 days. The prize is an autographed 2019 Wigan Warriors Errea game jersey.

The proceeds will go to the Copperheads’ 501(c)(3) non-profit organisation.

“This is a 10-day auction and will end Sunday, February 23, 2020 right when the Wigan Warriors are set to kick off their Super League match against Hull FC at home at DW Stadium.”