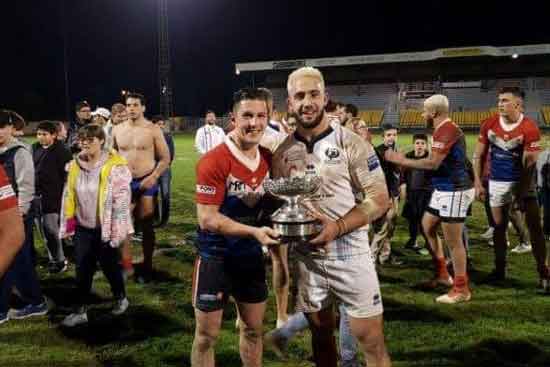 The fixtures for the men’s 2020 Rugby League European Championships are now confirmed with, for the first time, the competition featuring 16 nations over four tiers, and involving promotion and relegation.

Reigning champions and nine-time winners France, who played in the inaugural 1935 tournament, enter as favourites for the Championship – this year extended to six nations – however, they will face stiff competition from Wales and Scotland who have both won the Euros in last decade. Italy, Ireland and Spain are aiming to win the main competition for the first time in their history.

Marc Palanques, president of French Federation Rugby XIII, who are set to host the final, said: “As current European Champions at senior and U19 level, we view this is a very important, high profile competition, a vital highlight of the sport in the northern hemisphere.”

Newcomers Turkey, who first started playing in 2016 and became an RLEF affiliate member in 2018, will play in their first men’s tournament.

TRLA president, Gurol Yildiz, commented: “Turkish Rugby league competing in its first ever European Championship is a proud moment. It is another sign of the game’s progression both internationally and domestically here. Such fixtures will provide huge motivation for the players in the eight men’s teams and four U18 teams here, as they will form the basis of the squad. There are also heritage players to call on who have been a huge support for us – such as Aidan Sezer – which adds to the excitement.”

Grounds and kick off times will announced in the coming months. Timings are subject to change dependent upon broadcaster requirements.

All fixtures played between 17th October and 1st November.