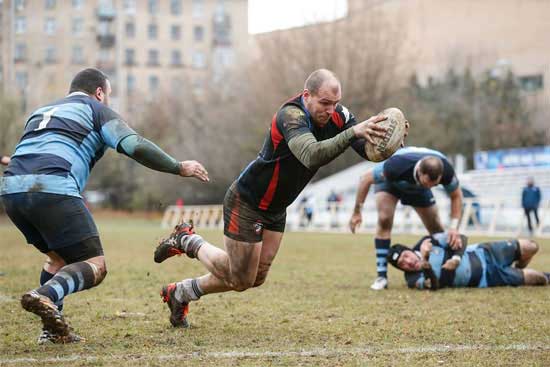 A new board of directors has been appointed by the governing body for rugby league in Russia, the ARLC,  together with exciting plans for the future – after assistance from the Rugby League European Federation.

One of the new appointees is Englishman Jon Christie, a teacher in Moscow who has been resident for two years with his Russian wife and child, and is a former player with Nottingham Outlaws. “Our first meeting as a board was extremely positive.” He said.  “This is a new beginning for the sport in Russia and one I am extremely excited about. 2020 will see the debut of our new domestic competition and the return of our national team for the European Championships.“

Russia, reigning champions of European Championship B, withdrew from the 2021 Rugby League World Cup qualifiers last year due to governance issues. As a result ARLC President Denis Korolev agreed that the RLEF should lead on the necessary changes.

Committed to on-going support for the sport in Russia, the RLEF were present in Moscow last week and chaired all the vital meetings to bring together the new directors. General manager Chris Thair commented: “We are delighted this first stage of reforms is now complete and my RLEF colleague Jovan Vujosevic, who has responsibility for the region, has worked tirelessly on this.

“Rugby League has a strong heritage in Russia and we feel it is a good sign that the membership voted for a mix of old and new on the board. By not electing a president straight away this also ensures that it will truly become a team effort and not all rest on one person’s shoulders.”

The ARLC’s General Assembly in Moscow had fifteen people present with the membership voting for a seven strong board of directors, one of whom will be Vujosevic, who will facilitate its running for a maximum of twelve months before stepping down.

The six new directors are: leader of RC Spartak Aleksandr Kolikov, ex-national captains Roman Ovchenilkov and Eduard Ososkov, Andrei Volkov, Maxim Grankin, Andrei Perin and Christie. Among their initial aims are to apply for recognition by the Ministry of Sport and return rugby league to the list of official sports in the Russian Federation following its removal in 2010; re-establishing 13-a-side domestic competition by building on the nine clubs who played in 9s tournaments last year; and successfully competing in the 2020 men’s European Championship B competition, where they will face Greece and Serbia.

Rugby League activities still take place in Moscow, St Petersburg, Rostov-on-Don and Sevastopol and the sport has been played in the nation since before the Second World War. The men’s national team, the Bears, played in the 2000 Rugby League World Cup.

Two years later Russia beat the USA in Moscow in front of a 25,000 crowd with the game broadcast live on state television, and at the sports height of popularity in 2004 Russia had six clubs with full time squads, over 15,000 people attending a game in their Victory Cup.