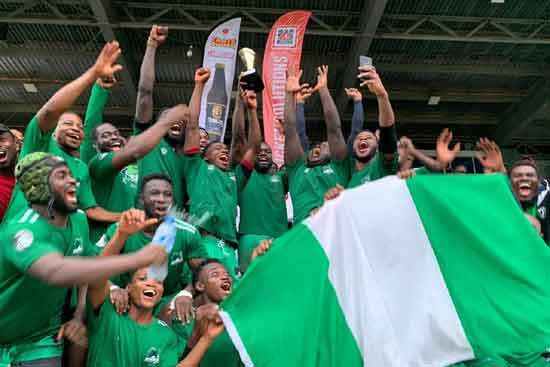 Lebanon will return, alongside 2019 holders Nigeria, runners-up Morocco and hosts South Africa, to compete in this year’s Middle East Africa Championship, which will be held in Pretoria in the autumn.

The Cedars, who will only select players from their domestic competition – something they previously did at home to Italy in the 2017 Mediterranean Cup – last participated in the MEA Championship in 2015, defeating South Africa in both matches to qualify for the 2017 Rugby League World Cup.

The LRLF is still planning to launch their local championship later this month despite civil unrest in the country which has prevented other Lebanese sporting federations from running their competitions.

Lebanon RL CEO Nayef Abi Said, commented: “We are looking forward to participating again in the MEA Championship, it will provide an opportunity for our Lebanese championship players to further prepare for RLWC 2021 as part of the LRLF’s new strategy to expand and strengthen the domestic game.”

Nigeria defeated Morocco 38-10 in Lagos to lift the MEA title last year – Ghana beating Cameroon 10-4 to claim third spot, and NRLA general manager Ade Adebisi noted: “Having been crowned champions of Africa last year, the next step is to test ourselves against previous World Cup entrants and established members in Lebanon and South Africa. This is what sport is all about, year-on-year improvement and a chance to evaluate ourselves at new levels. Domestically this is a real catalyst for Nigeria Rugby League to improve all aspects of our competition.”

Morocco RL president, Yamina Abdesselem, said: “We are delighted to playing once again in the MEA Championship. We have a lot of domestic presence including a club competition, World Cup promotion, school activity and an U19s international planned. Everything is geared towards strengthening our national team in a sustainable way and our preparations for this year’s MEA Cup will be much stronger as a result.”