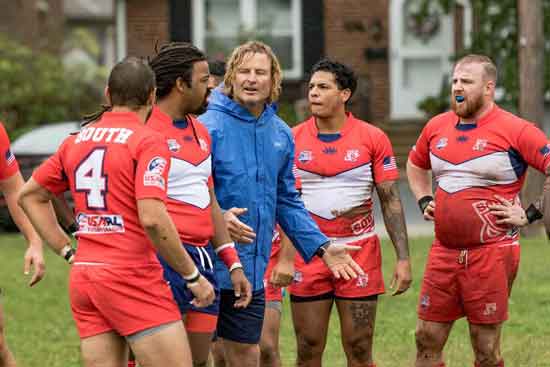 The USA’s South All-Stars will host Jamaica A in an international representative preseason game later this spring in Florida.

The match, to be played in Lakeland, is seen as a way of helping to expose rugby league to new fans prior to the 2020 domestic club competition getting underway.

USA Hawks team manager Billy Neilson says the idea for the matchup was hatched at the world playoff game for the 2021 Rugby League World Cup between the US and Cook Islands.

“Romeo (Monteith) from Jamaica was one of the officials there and we started talking and he asked about bringing a side over to the South for a game,” says Neilson.

“To keep costs down for them we figured we would play in Tampa or Lakeland, since they are flying in and out of Orlando. I brought the idea to the Lakeland guys and they jumped on it.

“For us in the South, it’s a great way to get a high-quality preseason game in and the Jamaican team gets to come to the States, do some sightseeing, hit up Disney/Universal and get a great game of footy in.”

He adds that the game will give both nations some added exposure.

The South All-Stars will again be coached by Sean Rutgerson, who is now going into his fourth year as the team’s head coach.

Rutgerson sees it as a golden opportunity for South Conference players to get a hitout before the start of the season proper.

“As usual over here, we don’t get a chance to get together very much so it’ll give guys a chance to play,” he says. “And I’m assuming with the (All-Stars) game this year being up north, some are just not going to be able to afford to go up there.

“As things go, there are usually guys who can’t afford to fly so they miss out, but as it’s in Lakeland they’ll get a run.

“I’m really looking forward to taking on a Jamaica side as they beat us to get into the World Cup and our South team wants to get some kudos.”

Monteith, who’s the Caribbean development manager for the Jamaican Rugby League, says it’s the kind of game they’re always on the lookout for as a way to develop emerging players.

“The Jamaica A team will continue its tradition of featuring mostly or wholly domestic produced players from the National Club Championship (NCC),” he says.

“We are always looking for fixtures for the domestic boys and we believe this away game will test them both physically and mentally and it’s just what we want for them as we continue to improve the standard on the island.”

The game has been scheduled to be played on Saturday, May 9, 2019 at the home of the Lakeland Renegades.

The Lakeland team will be going into its second season in the USARL’s South Conference.