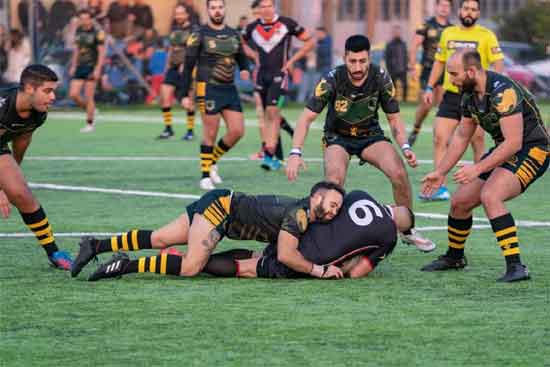 Following their historic qualification for the 2021 Rugby League World Cup, when they were forced to play matches away from home after a dispute over recognition of the official governing body, the signs are that rugby league is beginning to take root in Greece.

A number of domestic matches were also played in secret because of the political conflict but the sporting political landscape is changing.

Greece will play hosts England, Samoa and France in Group A of the forthcoming World Cup and the Association is confident that tensions are easing and rugby league will be openly played in Greece this year without any repercussions from the authorities.

GRLA president George Stilianos said: “We understand that there has been a change to the president of the Hellenic Federation of Modern Pentathlon (HFMP) which the government recognises as controlling rugby league, and their new general secretary confirmed the body has no interest in disrupting our activity here. This has yet to be confirmed in writing, however the signs are positive at this stage, so much so that we are planning on openly playing rugby league once again.

“Qualifying for the World Cup, in a draw made by Prince Harry at Buckingham Palace, has significantly raised media interest in the sport here.”

Stilianos added: “Regarding our current season, we have teams split into an east and west group for logistical reasons, to reduce travelling costs and ally teams of similar history and standing and, so far, it has worked really well.

“Plus we have an Athens Cup, so that the more established teams in the capital can play more matches. So far, the most notable result has been Attica Rhinos beating Rhodes Knights, who had been undefeated since we started rugby league back in 2012!”