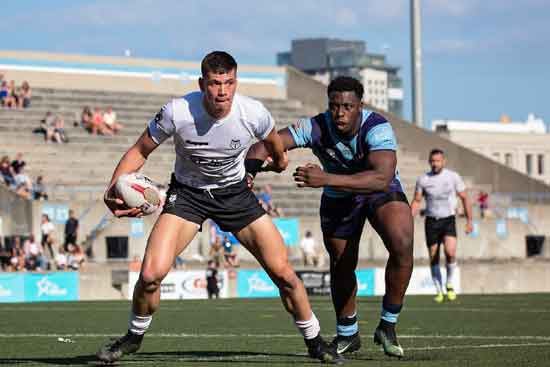 Our latest survey seems to have hit on a topical issue judging by the response on social media.

RugbyLeaguePlanet asked our followers on Twitter whether they think that in future, the RFL ought to mandate that overseas-based teams allocate extra roster spots for homegrown players in the host country and the majority of the respondents voted yes.

Currently that would only apply to the Toronto Wolfpack, a couple of French teams and potentially Red Star Belgrade should they be approved to enter the RFL’s League One in 2021. Of course, it’s not necessarily as big of an issue for Toulouse Olympique and Catalan Dragons given that they have French players on their rosters anyway.

However, it could be a consideration for the proposed New York and Ottawa RFL franchises, as well as any future expansion teams from outside of the UK.

Our poll question was prompted by the Wolfpack releasing their 2020 roster. Noting that there are no Canadians on it, we posed the question should the RFL follow the examples of the NFL and CFL, both of which have added additional spots to teams’ rosters for international players in their leagues?

As it turns out, the RFL has been looking at this issue.

“It’s something that we have considered, and we continue to do so, as the overseas interest in joining our competitions grows,” the RFL said in a statement to RLP.

“Our view thus far has been that just as introducing professional clubs in new areas spreads the game and will hopefully encourage local development, so the clubs themselves recognise the need to encourage that development for their own long-term sustainability.

“Given that, we have preferred not to set arbitrary targets – we also have to bear in mind player welfare, and the substantial challenges of playing rugby league at the highest level.

“But it is a situation we will continue to monitor – and we will bear the views of supporters in mind in our ongoing conversations with clubs.”

In Toronto’s case, this is now their fourth year in existence and to date they’ve had only one Canadian on their roster. Quinn Ngawati was with the club in the 2017 and 2018 seasons. He played in three games before being sent to the London Skolars on loan halfway through 2018 to play in League One and then defected to rugby union in 2019.

The Wolfpack have had two Americans on their roster. USA Hawks Joe Eichner (2017) and Ryan Burroughs (2017-2018) warmed the bench but didn’t get any game time. Eichner was eventually released, while Burroughs was sent to the Skolars and then the Barrow Raiders on loan before spending the 2019 season playing union back in the US, although he did play for the USA Hawks at the Rugby League World Cup 9s in October.

Since the 2017 Rugby League World Cup there has been a push to grow the game internationally and RLP wanted to get fans’ feelings on whether extra roster spots for home country players on teams competing in the highest level international club competitions, such as the RFL’s three tiers, might help achieve that goal.

As for whether Toronto is doing its bit to contribute to that cause despite there being no Canadians on the team, head coach Brian McDermott is of the opinion that yes, they are doing so.

When asked as much by the English rugby league media recently he was quoted as saying, “How many Canadians were in the Raptors team that won the NBA? None. How many people lined the streets when they won? Two and a half million. People want winning teams.”

According to McDermott, the team is committed to developing Canadian players, though it’s a long-term proposition.