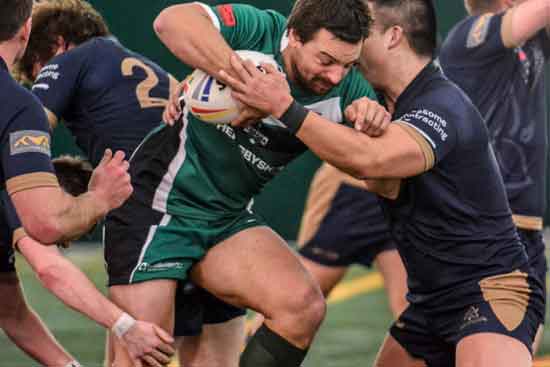 The inaugural Canadian East versus West men’s and women’s rugby league games are being hailed as major successes.

The two matches, played in the Lamport Stadium ‘Thunderdome’ Saturday in Toronto, marked the first time that select sides from Canada’s eastern and western provinces squared off against each other.

In the men’s matchup, the East’s pack dominated proceedings. Players such as Enoch Wamalwa, Tyrone Rowe, Orlando Jones and Chuck Curran ran hard and fast up the middle, and with halfback Steve Piatek sniping off the back, the home team dominated for large chunks of the game.

The East also showed good line speed and used clever chip kicks to turn the West around and keep them under pressure.

Out wide, Lee Keegel and Steve Adu had speed to burn and caused the West all kinds of problems, particularly off Piatek’s kicks.

In the end, the East scored eight tries with six converted to the West’s three tries, one of which was converted. 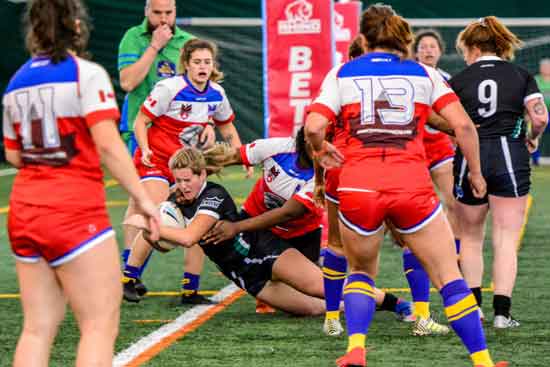 In the women’s game, the West came out hungry for the win and jumped out to a handy 14-0 lead after the first 20 minutes, at which point it looked as if they might run away with it, but to their credit, the East found their stride and made a game of it.

The West was forced to hang on for the win through the final 15 minutes.

Among the players who stood out was Petra Woods (East), who lit up the game every time she touched the ball on the wing. 18-year old prop Emmalena Parks (West) from Alberta produced some bustling runs up the middle, while her West teammate and former ice hockey standout Ashley Holt scored two tries on the edge.

Also, for the West, Kristy Sargent (co-captain) turned in a very high work rate virtually tackling everything that moved. East captain and Canada Ravens player MacKenzie Fane had another very decent game and led by example, as she typically does, regardless of the level of the game.

“Absolutely,” he said. “The success of the games was massive.”

Knight says the difficult part of trying to get games like these scheduled is the different times of the year that everybody plays rugby league and union.

In British Columbia, the season runs from September to May with a break during winter. Alberta plays in October-November and the Ontario season is in the summer.

“We’ve looked into it as an association and have come up with August as the optimum time to play these (select side) games,” continued Knight. “We’re probably going to do it in Abbottsford in BC.”

And based on these first two games, he says it’s clear the East-West rivalry is a marketable product.

“The whole idea is to grow the game in Canada and based on the camaraderie shown by these teams, I think it makes it a massive success for growing rugby league.”