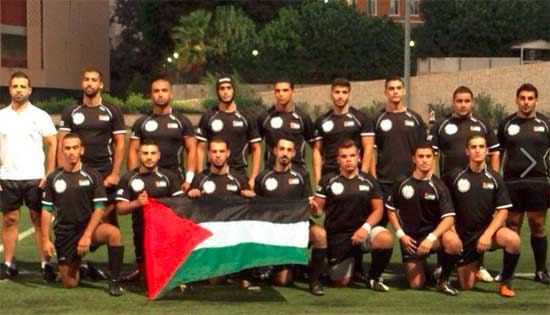 Palestine RL, based in Bethlem and formed in 2014, has been formally recognised by the country’s Olympic Committee.

PRL president, Rabie El Masri  commented: “This is a significant development for us and will enable the organization to move forward. With our Observer membership of the Rugby League European Federation’s Middle East Africa region, I met The Palestine Olympic Committee in Ramallah and they were very helpful and supported us.

“I presented my development strategy and plan to create more clubs, whose primary objective is to engage the youth of the country.”

Currently there are two men’s clubs operating – Warriors and Eagles – and two women’s clubs in the process of being established – Brave Blossoms and Urcas – with international fixtures also planned for 2020.

Recognition by the Palestinian Olympic Committee means that another nation has been ratified for International Rugby League’s (IRL) aim of becoming a member of the Global Association of International Sports Federations (GAISF), which would open up further funding streams.