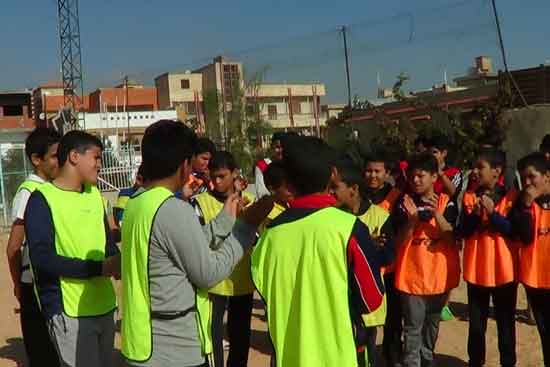 Libya is the latest nation to receive Observer status from the Rugby League European Federation, which administers the sport in Africa.

With two clubs established in the capital Tripoli – Stars in Hey Al-Andulas and Znata in Sog Algumah – and more in formation, the bulk of the work to date has been in schools, at Rabea, Asma  Preparatory school and ِthe Al-Ahfad High school.

Abdul Karim Forjani , manager director of the Libya Rugby League Association, commented: “We are extremely happy to finally finish this step of becoming members of RLEF. We thank them for their patience during the process as it was difficult at times to get our documents finalised. We have taken two years to get to this stage and now look forward working more closely with them to develop and grow the game and take it to at least eight schools.”

Activities have been disrupted at times with bombings taking place less than 10km from training venues but a first beach tournament has been successfully completed, links made with the Libyan Paralympic Committee to introduce wheelchair rugby league to their programme, and a ‘let’s try rugby league’ initiative introduced for children via a series of lectures in schools.

RLEF Middle East Africa regional director, Remond Safi, noted: “I’m pleased to finally see LRLA become a member as they have been working under extreme conditions to get themselves established. I look forward to them adding a further dimension to the region and increasing the presence of the Arab Countries with in MEA.”