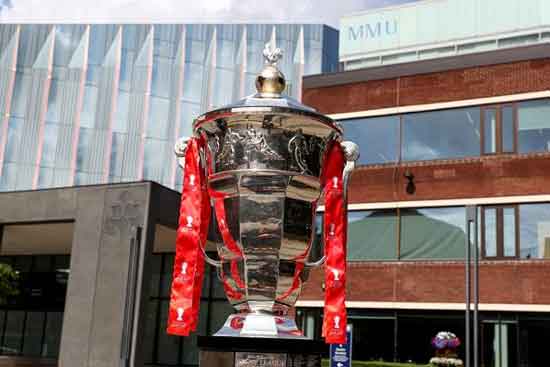 Celebrating Brasil’s unprecedented qualification for the 2021 Women’s World Cup, a three-person delegation from the RLWC committee will travel from England with the trophy, joining fellow visiting administrators from Australia.

They will be treated to a schedule of events that includes eight Rugby League games to decide the 2019 national women’s and men’s champions of Brasil, a school visit, public skills clinic, education sessions and an administrative workshop.

The RLWC delegates will be welcomed on their first night in South America’s most populous nation with a traditional churrasco (buffet barbecue).

Opportunities exist within the schedule for media interviews, filming, photography and partnership discussions with interested parties.

Saturday’s day of games will be a major opportunity for those women hoping to make the 2021 Brasil World Cup squad to impress, with opportunities to develop their skills abroad available.

They will assist local office-holders of the confederated Brasil Rugby League in delivering the schedule of events.

The schedule has been developed with the Rugby League World Cup ethos of inclusivity directly at the heart of activities.

8am-5pm: Finals of the Brasil Rugby League 2021 national championships for men and women, plus skills clinics delivered by RLWC personnel. RLWC trophy will be present. Opportunities exist within these hours for further media.

10am: Delegation from RLCW and Brasil Rugby League to meet with the British Consulate, Sao Paulo.

Brasil Rugby League is sponsored by Samba Times Digital Media, Tagarela Intercambios and LoxtonBerg.com. While funds from Latin American Rugby League were not used towards this schedule of events, the BRL would also like to acknowledge the formative and ongoing support of Guzman y Gomez Taquerias and SHIELD Security for the sport throughout Latin America. Thanks also to NRL Development and the Vantage Homes Sunshine Coast Falcons for providing equipment to be used in games.