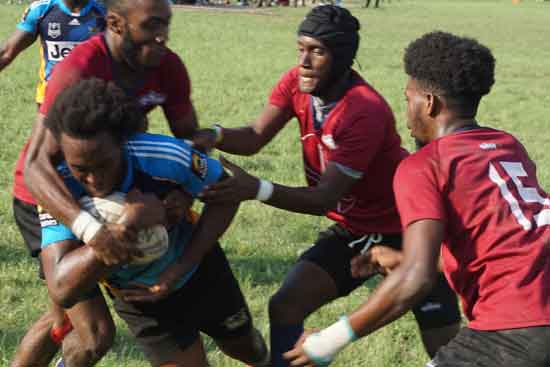 CMU Spartans have retained the JRLA Intercollegiate 9s, held at the UWI Mona Bowl and which kicked off the ninth college season, beating Excelsior Community College Eagles 20-16 in the final.

Dylan Davis was the hero for CMU with a hat trick in the decider, Anthony Findlay and Shamoy Stewart their other scorers. Exed were led by national player Akeem Murray with two tries, fellow internationals Javian Murray and Shaquiel Pollack also crossing.

Intercol rugby league chair Romeo Monteith commented: “The tournament was a fantastic start to the rugby league season here. The closeness of the scores in each game shows just how strong these teams are. The rugby league was both skilful and entertaining and we can’t wait for the commencement of the 13-a-side league in January and to see the teams in action again.”