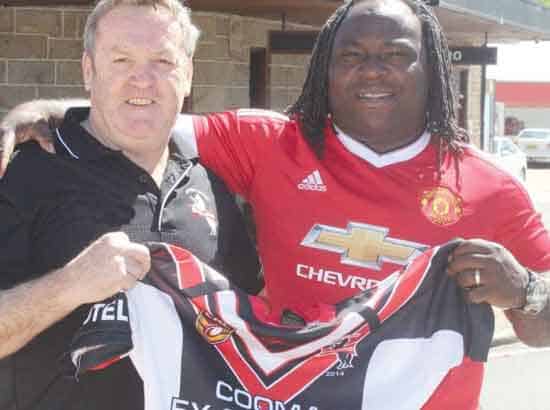 Following their heroics to partake in the recent Middle East Africa Championship in Lagos, Nigeria – which included a four-day bus journey each way, unscheduled border hold ups and fending off robbery – Cameroon Rugby League has been offered help by Australian side Cooma Stallions.

The club, situated on the south coast of New South Wales and formed in 1971,  were group 16 premiers in 2017, and have offered two young Cameron players who played in the tournament the chance to join them on a two-year training programme, whilst also offering help and support back in their African homeland.

Stallions president. David Brison said: “We read about what the Cameroon guys went through just to represent their nation and wanted to offer our support. There is an obvious link too, their general manager Carol Manga played for us for two seasons in 2009-10 and is fondly remembered here for helping the reserve grade to win a premiership. He returned home to help establish the sport in Cameroon, and wanted his fledgling players to gain some more experience. Our head coach Jason Kelly – who is currently in charge of the NSW Country U18s side touring England – saw it as an ideal fit. It is hoped that between us we can organise work visas, accommodation and travel documents to get a couple of their players out to Cooma to play in our 2020 season.”

Carol Manga added: “The way they loved and treated me at the Stallions gave me a higher purpose in this life and I was able to be in the position to take the game to the youth of Cameroon and Africa. I can’t wait to see Fabrice and Patrick starting their journey in Australia, this is massive achievement and opportunity for them to be role models to their peers.”

Cameroon head coach Khalil Njoya noted: “With the success of the 2019 MEA Championship having come to a close, Cameroon rugby league is looking to let the rest of the world know where to look for the next potential stars of the game. The opportunity to form a partnership with an Australian team to get rugby league known in Cameroon is something we are extremely delighted to be a part of, this isn’t something that comes around often, we are grateful and the lads will not disappoint. As a diehard rugby league fan in all aspects, I would really like to thank the Cooma Stallions for the opportunity they’re giving our youth on and off the field.”