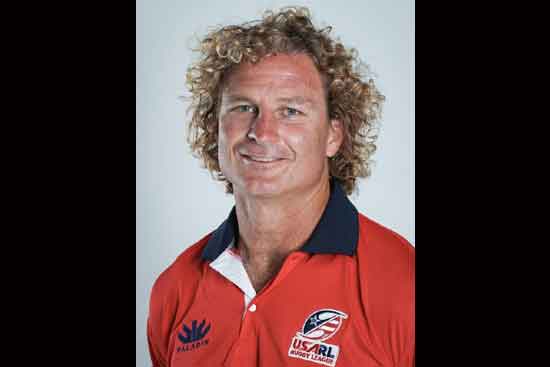 The US Association of Rugby League Inc (USARL) has opted for an initial 25-man squad for this month’s final qualifying game for the 2021 Rugby League World Cup (RLWC) against the Cook Islands.

The International Rugby League (IRL) is shortly expected to officially release the squad.

USA Hawks head coach Sean Rutgerson says that extended group will be trimmed to a 19-man squad which will go into camp next week in Jacksonville, Florida.

“They’ll assemble on Tuesday for a meeting then practice Wednesday, Thursday, Friday and then we play Saturday,” he says.

Coach Rutgerson is expecting the Kukis to field a very strong side for the crunch game as he says pretty much all of the Cook Islands’ squad play first grade or New South Wales Cup football.

“We know this is going to be a massive task for us and I know just from speaking to people they’re bringing their best players over here.”

Despite Cook Islands head coach Tony Iro suggesting the Hawks will have an advantage because they’ll be playing at home, Rutgerson doesn’t see it that way.

“I think it’s going to be tough taking a team of basically amateurs (US) up against a team of professionals (Cook Islands) so he can try and make out that they’re the underdogs all he wants, but they’ve got a good team they’re bringing over and hopefully they’re still jetlagged by the time we play them,” he says half-jokingly.

It’s understood the Cook Islands team may arrive in the US the weekend before the match, thereby giving them a lengthy period to acclimatise and go through their final preparations.

After never having appeared at a World Cup prior to a successful qualifying run in 2011, the US has made it to the past two World Cups in 2013 and 2017, while the Cook Islands missed qualification for #RLWC2017 after making it to the 2013 iteration.

The much-anticipated matchup is scheduled to be played in Jacksonville, FL, on Saturday, November 16. It’s a single elimination game with the winners claiming the very last berth for #RLWC2021.

The Hawks find themselves in this position because they finished runners-up to Jamaica in the Americas region qualifying series a year ago.