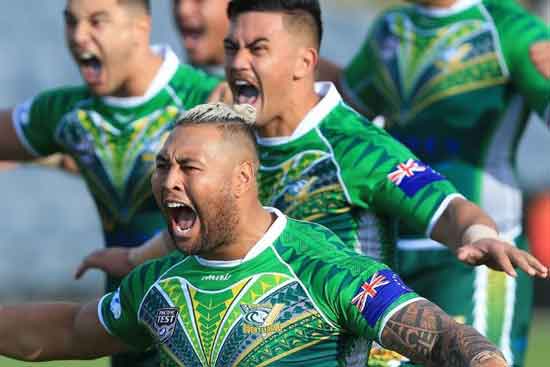 Much to the delight of rugby league fans worldwide, there is a lot of international football going on right now.

The final rounds of the European qualifiers will decide who’s in and who’s out of the 2021 Rugby League World Cup (RLWC), the Oceania Cup is continuing, and on top of that, there’s the Great Britain Lions tour of New Zealand and Papua New Guinea.

However, for two more countries in other parts of the world, the focus right now is on their crucial final preparations, also for #RLWC2021.

Americas region runners-up USA and the Cook Islands, winners of the Asia-Pacific versus Middle East Africa (MEA) inter-region qualifier, are making final tweaks to their rosters and game plans as they have just three weeks left in which to get ready for their ultimate showdown.

They will square off in a single elimination game in Jacksonville, Florida, on Saturday, November 16 to determine which country will clinch the very last berth for #RLWC2021.

“It will be a tough game. They have a lot of pro players and the rest are semi-pro and we are expecting them to be at their best,” US Hawks head coach Sean Rutgerson told RugbyLeaguePlanet earlier in the summer.

After the Cook Islands earned the right to play the US in the final qualifier, head coach Tony Iro told RLP that he felt the Hawks will have the advantage.

“They have a number of good professionals and will be very hard to beat on their home turf,” he said.

As we reported last week, both countries tested new players and different combinations at the inaugural RLWC 9s in Australia in what was the last opportunity for the bulk of their players to get some meaningful game time before next month’s crunch matchup in the First Coast region of the Sunshine State.

Both head coaches said their 9s squads would form the basis of their RLWCQ teams and both are expected to name their lineups in the near future.

Historically, there’s not a lengthy list of results between the US and Cook Islands. They have faced each other only twice all-time and split those games.

In their very first head-to-head contest, the Kukis scored a big 68-4 win in Featherstone in West Yorkshire, England in 1995.

The next time they faced off, again it was in England at the 2013 RLWC in Bristol and on that occasion the US came away 32-20 winners.

The Cook Islands’ roster will likely contain more names familiar to those who follow the NRL than will the American lineup, but as coach Iro said, the Hawks will have home field advantage.

Jacksonville has been a relatively happy hunting ground for the US in the past decade. They are 7-1 since their first game in the northeastern Florida city in 2009.

We’ll know soon enough if that will be enough to get them over the line.