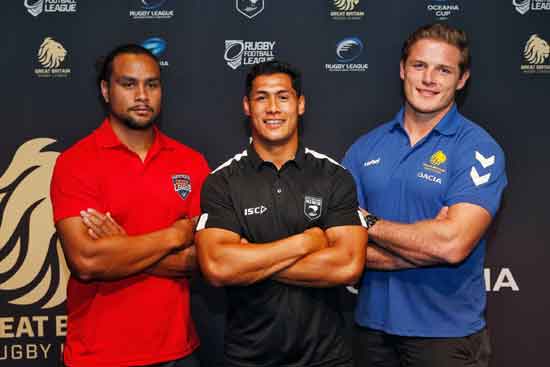 The Great Britain Lions will take to the field for the first time in 12 years when they clash with the Tonga Invitational XIII in Hamilton on Saturday.

Great Britain has not played a match since taking on New Zealand in 2007 on home soil. The resurrected Lions have just one survivor from that match – James Graham – and he will earn his 50th cap for Great Britain and England this weekend.

The prop will captain the Lions in the place of injured forwards Sean O’Loughlin and Sam Burgess. Great Britain will have a new feel to it, especially with the introduction of heritage players Lachlan Coote, Blake Austin and Jackson Hastings.

Two, in fullback Coote and halfback Hastings, have been named to make their debuts on Saturday. The selection of the Australian-born and raised trio has been controversial, with criticism from some fans and ex-players.

All three are eligible to represent the Lions through their grandparents. But coach Wayne Bennett is unmoved by the criticism and is determined to field the best side available to him.

Fullback Zak Hardaker has been named in the centres, partnering his Wigan teammate Oliver Gildart. Gareth Widdop has been selected alongside Hastings in the halves, while there is an all-Canberra second-row in John Bateman and Elliot Whitehead.

Graham will start at lock, with debutants on the bench in the shape of Josh Jones, Tom Burgess, Johnny Lomax and Alex Walmsley.

Tonga have named a squad filled with mostly NRL players, which will led by captains Jason Taumalolo and Sio Siua Taukeiaho. Their pack is a big one and includes Ben Murdoch-Masila, Manu Ma’u and Andrew Fifita.

Tui Lolohea and Ata Hingano will direct the team around the park, with Will Hopoate at fullback and veteran Michael Jennings in the centres.