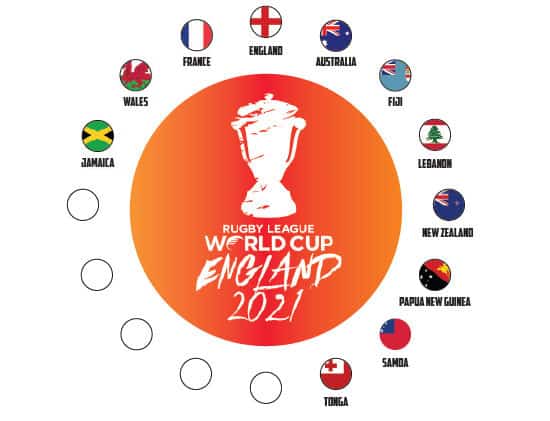 South Sydney threequarter Campbell Graham is set to make his debut for Scotland in the final European qualifiers for the 2021 Rugby League World Cup this autumn after being named in their extended train-on squad. The Bravehearts face Serbia and Spain in Pool B, with the top two going through to the main competition in England.

Also included is St Helens’ Lachlan Coote, who made three appearances for Scotland in the 2016 Four Nations tournament. He is joined by Hull KR’s Kane Linnett, who also donned the tartan for the 2013 World Cup.

New Wakefield signing Alex Walker retains his spot, and among the youngsters selected is Leeds’ Callum Mclelland, who play’s for Featherstone. Hull’s Kieran Buchanan also gets his first chance. At the other end of the experience scale, Oliver Wilkes – who has just retired from club rugby after more than 500 games – has put his hand up for a career swansong, having won the first of his eight caps at the 2008 World Cup.

Dale Ferguson has been named skipper and noted: “I am really looking forward to pulling on the jersey. We will be doing all we can to make sure we qualify. They are two extremely important games against nations we have not faced before.”

Head coach Nathan Graham added: “As someone who has been involved with Scotland Rugby League for many years, I am extremely proud to be part of the coaching team for two such important games. The whole playing squad and staff are looking forward to two very exciting and challenging matches.”

Canberra winger Nick Cotric has been called in the Serbian squad.

The bulk of the squad is made up of domestic players, with eleven from Red Star and seven from Partisan, both in Belgrade.

“I’ve quickly bought into what this nation, the people and the players in Serbia are about, I’m surrounded by passion,” said Wilkinson. “There’s great potential and I’m committed to building something special with this group.”

Serbia accepted an invitation to take the place of Russia, who are restructuring the sport there, and Wilkinson added: “We’ve quickly and sensibly prepared. Fortunately we’ve had five Test matches this summer which has allowed us to observe all the top tier players. Everyone has been given an equal opportunity to showcase their potential to be considered for these qualifiers.”

Young South Sydney hooker Peter Mamouzelos, who scored four tries when the side beat Norway to secure their place in the final European qualifiers for the 2021 Rugby League World Cup, is retained in the Greece squad for the autumn games.

Because of administrative difficulties in the country, Greece – who are aiming to play in their first full World Cup tournament – will again play their ‘home’ game against the Scots in London.

Also included in the squad is Billy Magoulias, the hero of Newton’s last-gasp State Championship win over Burleigh Bears in Sydney, whilst 21 players come from the domestic game, nine playing for defending champions Rhodes Knights.

Head coach, Steve Georgallis, commented: “It is an exciting moment for Greece to play against Scotland and Serbia, two well-established rugby league nations. It will be a tough assignment for our players and, whatever the outcome, I’m sure they will do Greece proud. It is a credit to everyone involved in the Greek Rugby League Association to get to this stage.”

George Stilianos, GRLA president, added: “Scotland are the clear favourites having played in several World Cups already. We feel the earlier matches against Norway and Turkey this year have been great preparation and we are looking forward to this next challenge.”