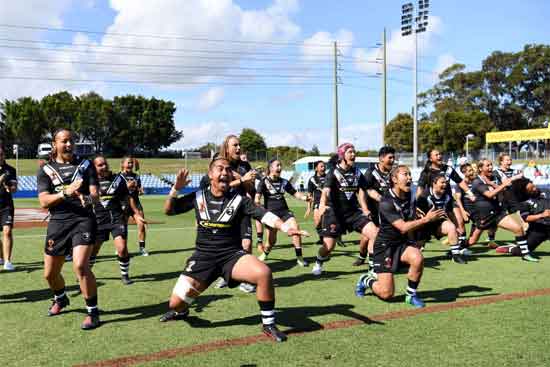 Kiwi Ferns head coach Justin Morgan has named a vastly-experienced side ahead of the much-anticipated Test match against the Jillaroos at WIN Stadium in Wollongong on Friday, October 25 (5.40pm kick-off local time; 7.40pm NZT).

They both scored in the Broncos’ impressive 30-6 win over St George Illawarra and are now joined by teammate and powerhouse prop Amber-Paris Hall in the Test squad.

Warriors winger Madison Bartlett and halfback and NRLW Dally M finalist Charntay Poko, made their Kiwi Ferns debuts in the 46-8 victory over Fetu Samoa in June.

The selection also features much-decorated Warriors recruit, Honey Hireme-Smiler, who first donned the Kiwi Ferns jersey 17 years ago. She missed the NRLW season on compassionate grounds to support her seriously ill mother Caryn who sadly passed away on September 25.

Warriors centre Jules Newman was also named in the Ferns’ wider squad against Fetu Samoa and will be looking to earn a starting spot against the Jillaroos.

Sydney Roosters’ winger Kiana Takairangi, who scored a double on debut for the Ferns against the Samoans, will look to carry on her impressive form alongside Sydney teammate and experienced hooker Nita Maynard.

Winger/centre Atawhai Tupaea makes her return to the black and white while prop Billy-Jean Ale comes into the side after playing for Fetu Samoa in June.

“We are really lucky to have a team of this calibre,” says Morgan.

“There is a real valuable mix of experienced leaders and young talent in the squad, all of them eager to take the field and do their country proud.

“The last time we faced the Jillaroos it was a hard-fought battle until the end and that narrow loss stills hurt so I know the girls will be ready to come out firing and put that behind us. These players have been in impressive form throughout the NRLW competition, so I’m looking forward to what lies ahead.”