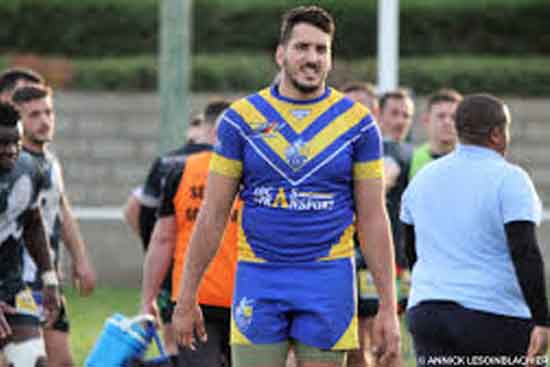 Morocco have named four players who play in the French domestic league in their squad for the MEA Championship in Lagos, Nigeria from 2-5 October. Iliass Laachiri from Lyon, Carpentras’ Naji Anas, Adam Ed Diche from Union Sportive Ferralaise and Toulon’s Badreddine Medkouri (pictured) will all be meeting their team mates from the domestic leagues in the Nigerian capital.

Medkouri commented: “I am originally from the cultural melting point that is Marseille and this means everything to me and my family to have the chance to represent Morocco in such a prestigious tournament.” The forward, who can play in the front or second row, was a junior champion with his home city club before moving to Toulon. “I will participate with immense pride, it is a childhood dream come true. It is not given to everyone to represent their country. It is our first international competition and will allow us to evaluate our level,” he added.

The bulk of the squad is taken from the burgeoning domestic league in Morocco – principally six each from the Black Eagles and Nadour Arkmane – and, since the announcement was made about the nation’s participation in the MEA Championship, the number of clubs registered has increased from six to nine.

Former international Abdul Wahed Sougini has been supervising the training there, with camps in Nador and Casablanca to date and a further one set to start next week south of the capital, and he has already supervised a representative match. “We expect it to be tough but our commitment to succeed in this challenge is at the height of our determination,” he said. “The acuteness of our players is exemplary and whatever the result, I know they will give everything.”