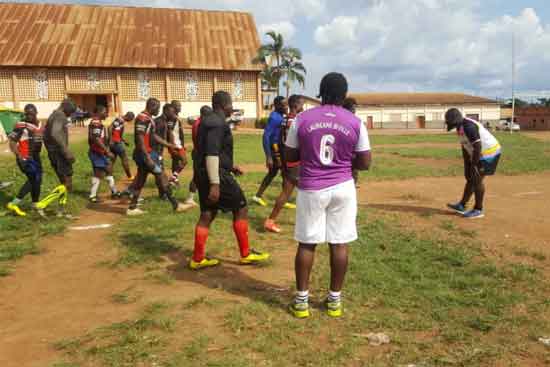 Five of the six clubs playing domestic rugby league in the Cameroon are represented in their reduced 22-man squad for the MEA Championship in Lagos, Nigeria from 2-5 October. Bulls RL from Yaoundé have the highest number included, with eight, although the club Championship has taken a break while players are released for national team duties.

Cameroon RL head coach, Khalil Njoya, commented: “We have a very committed, highly motivated squad. The training camps have been going extremely well, the players are improving and we had a significant match between the Indomitable Lions and the Lionhearts (the rest of the nation combined) which helped shape this selection.

“Although we still have a lot to do, this was the first time these lads came together to play, it was all a question as to whether they would be able to put together what we worked on during practice and they did just that. We have a few breakout stars to keep an eye on and, overall, things are looking very promising for Cameroon Rugby League. We will announce our captain soon.”

Panda RL and Indomitable Lion Fabrice Yepmo Joufang added:  “The preparation is going well. The bar is higher for the players and we remain positive about the strategies and combinations set by the coaching staff. We are a young team, we need a good understanding of tactics and techniques and a good team spirit, but we are all striving to represent the country first time out.”

Cameroon RL has also announced that it will run a 9s tournament in December with the possibility if 12 clubs being involved, together with four women’s teams.