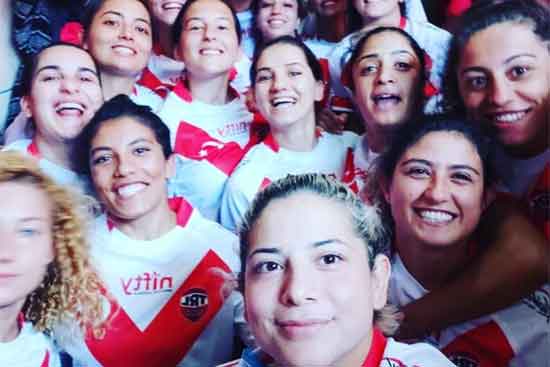 For the first time, two full women’s internationals took place on the same day, marking a milestone weekend for the RLEF, with a number of historic fixtures. Canada Ravens beat Serbia Women 34-6 in Belgrade, the hosts making their international debut in the female game, whilst Turkey continue their rapid progression overcoming debutants Greece Women in Edrine, 40-4.

Two men’s full internationals were also played, with Greece travelling to Turkey and defeating the home nation 38-24 in preparation for their forthcoming 2021 World Cup qualifiers, and the Netherlands retained the Griffin Cup, travelling to Gnarrenburg and beating Germany 56-18.

In other men’s international games, Albania lost to the GB Student Pioneers 48-0, in Tirana, and Canada’s men defeated South Serbia 78-2 at the start of their tour tp Eastern Europe. On Sunday, Scotland U16s defeated Ireland U16s, 30-24, in a junior international.

RLEF general manager Chris Thair said: “We’ve had internationals played in five countries this weekend which is testament to the willingness of non-professional players and the unstinting efforts of volunteers. We will see some huge internationals this Autumn involving all of the RLEF members, the MEA Championships in Nigeria and the final stage of the European World Cup qualifiers.”