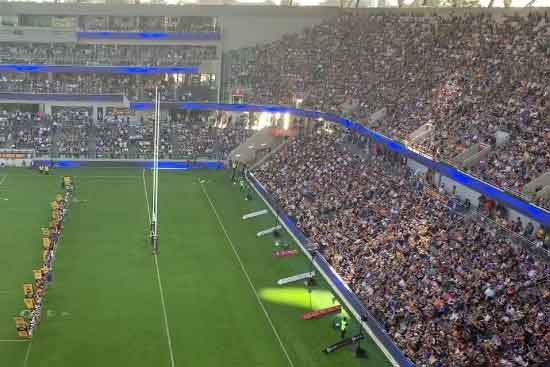 USA Hawks head coach Sean Rutgerson and assistant coach CJ Cortalano are not rushing decisions on who to include in America’s final 16-man squad for the inaugural Rugby League Nines World Cup in Sydney in October, after all they have some time.

The final squad isn’t due to be announced until October 8.

However, coach Rutgerson says he expects to name the final squad earlier than the 8th, he’s just waiting to confirm one or two things in relation to a few players in the train-on squad.

Assistant coach Cortalano adds that they want to get the US squad right.

“We’ve got some tough decisions to make,” he says. “There’s got to be a fine balance between heritage and domestic players and we’re trying to figure out what that balance looks like.”

The USA has been slotted into Group A alongside Australia, New Zealand and Papua New Guinea – “the pool of death,” as it’s referred to by Rutgerson.

That said, he hopes the experience will be a positive one in terms of helping to raise the profile of rugby league stateside.

“Being in the pool we’re in, we’re playing against three of the best teams in the world and that’s only going to help us get some exposure.”