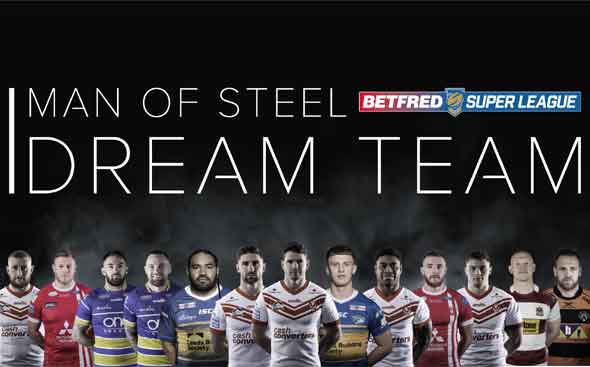 Super League is delighted to reveal its 2019 Dream Team.

St Helens, who won the League Leaders Shield, have five players who have made the line-up.

Warrington Wolves, Leeds Rhinos and Salford Red Devils each have two in the 13 and Castleford Tigers’ prop Liam Watts has made the team for first time.

St Helens’ Tommy Makinson is the most experienced, making his third appearance.

Super League CEO Robert Elstone said: “It’s a stellar line-up and a team that highlights many of our modern-day greats.

“The Dream Team tells the story of the Super League season and this has perhaps been the best ever.

“We’ve seen the dominance of a brilliant St Helens, the emerging challenge from Salford Red Devils and a spread of talent from other clubs which has underlined the competitiveness and unpredictability of the league.

“Not surprisingly it has also got fans talking – and arguing – and with so many great options, it’s made for some healthy debate.

“Congratulations to all those selected. It’s well-deserved.”

Chairman of the Man of Steel panel, Ellery Hanley added: “Each and every one of these players is a credit to the 2019 Super League season.

“Their consistently high performances throughout the year backs up their credentials as worthy members of the Dream Team.

“As we head into the play-offs I’m sure some of these players will once again step up to dominate games for their sides and put them on the course for Old Traffordand the biggest night in Super League. Congratulations to them all” 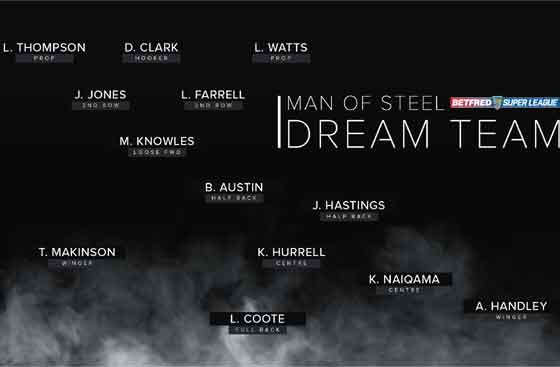