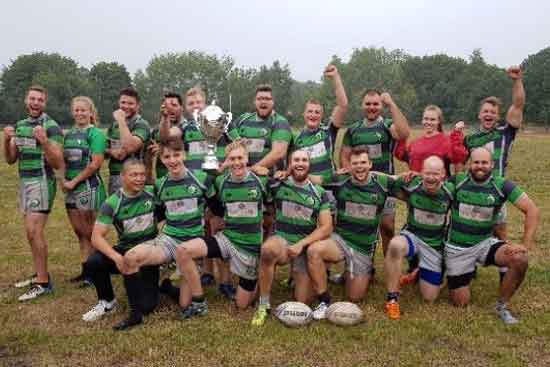 Led by Barrow’s Ben White, Rugby League Deutschland, include 10 players from Moorteufel who have just retained the Steeden BundesLeague, ahead of Westfalen Warriors. “We have seen some very competitive matches where small mistakes have made the difference,” said NRLD president Bob Doughton. “There were some fine individual performances, especially from established national team members but there have also been some very promising efforts from newcomers, several of whom have been rewarded with a place in the national squad. I was very pleased to see some 15 and 16 year-olds taking their first steps into the open-age game and they showed that they are made of the right stuff,” he added.

The Germans are also planning matches against the English Lionhearts and Italy. “We are trying to develop the domestic players and also offer some interesting experiences. Watching the Grand Final at Old Trafford after the Lionhearts match will definitely open the eyes of the domestic players!” Doughton claimed.

According to Netherlands head coach, Kane Krlic, who selects an all domestic squad: “Training has been extremely positive, the intensity has been on a different level this season. It was extremely hard to cut the original squad down, which shows just how much the game has developed in the Netherlands in recent years. The core of players have been in our system for a few years now, together with a sprinkling of new ones, I am extremely excited to see how the new guys cope on the international stage.”