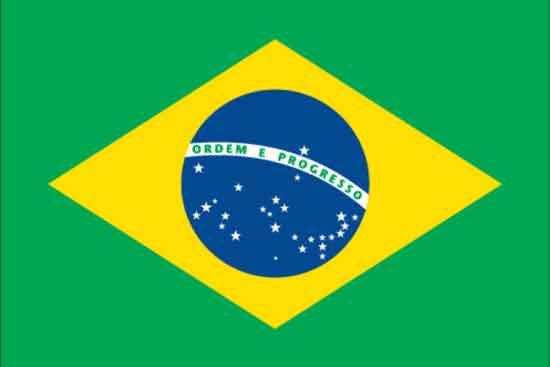 WHAT started as a throwaway comment on Queensland’s rural Darling Downs has started to spread around the world.

In a match between the Oakey Bears and Pittsworth Danes this season, Oakey backrower Hector Hilberto crossed for a try as the social media team from Toowoomba Rugby League (TRL) were filming.

Known for their knockabout, jovial style, the TRL uploaded the video and captioned it “The Brazilian Love God loves scoring meat pies”.

Little did they know how well the moniker would stick, giving prominence to the fact that Brasil Rugby League has three representatives living in relatively obscure Oakey, population 4500 and just over two hours west of Brisbane, Australia.

Hilberto was born in Manhumirim, Minas Gerais, which by Brazilian standards is fairly small as well – only 22,500 people live there, nestled among mountains almost seven hours north of Rio De Janeiro (population 6.5 million).

Like the families of his Oakey teammates Juan Casanova Campina and Paulo Sampaio, Hilberto’s family moved to Australia and found work in rural centres, predominantly at meatworks.

Hilberto has grown up playing rugby league to a point where he has now represented Queensland Universities in the sport, and has firmed as on on-field leader with the Oakey A Grade side.

His resume will extend this Saturday when he suits up for Brasil for the first time at the GYG Latino Nines at Liverpool, Sydney.

Brasil will compete against five other teams representing nations of Latin America, with Chile being the reigning champion.

Yet, although it will be an international debut for Hilberto, Casanova Campina and Sampaio, the biomedical and geology student is already well-known to his teammates.

“Everybody has been calling him ‘The Love God’ for weeks, ever since that video came out,” explained Brasil team manager Robert Burgin, himself raised in Harlaxton, Toowoomba.

“Even the domestic officials back in Brasil have latched onto it.

“One of the boys in Sydney joked that he didn’t want ‘The Love God’ staying at his house or he feared he would seduce his wife.

“It’s quite funny that despite his teammate literally having the name Casanova, that somehow Hector is the one known as ‘The Love God’.”

With his flowing ringlets, Hilberto bears a passing resemblance to former Australian and Queensland forward Sam Thaiday in his youth.

However he is not quite as extroverted as the Maroons legend and can be found most days studying at The University of Queensland.

Brasil has a challenging pool at this year’s Latino Nines, drawn against two-time runners-up Peru and the similarly tough Uruguay.

However the preparation has been good for the team and officials are confident of being competitive.

Brasil recently qualified for the Women’s Rugby League World Cup in 2021, a first for any Latin American team.