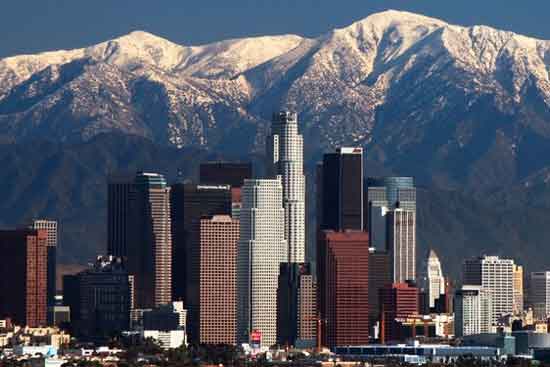 As RugbyLeaguePlanet reported in late August, a new rugby league competition is being formed on the US West coast – the California Rugby League (CRL).

Initially, teams are being established in Los Angeles and San Francisco and as we also reported, former NRL player John Manning has been tapped as head coach of the LA Mongrel franchise.

Manning, whose playing career included stints with the North Queensland Cowboys (1996-2002) and Melbourne Storm (2003), now makes his home in the city of angels running a transport business on the west side.

He tells RLP that he’s excited about the future of the new league and his coaching role with the new team.

“I’m really keen to get involved in rugby league in the US,” he says. “We’re currently in the recruitment stage, so it’s still in the embryonic stage. There’s a hell of a lot of interest though, especially via digital platforms, they’re inundated with players.

“We’re looking forward to putting together a pretty competitive bunch.”

Manning sees the initial exhibition game against San Francisco, which is slated for December, as being a launching pad for the new CRL.

“The beautiful thing about rugby league is it’s inclusive. It’s gladiatorial, there’s no doubt about that, but it’s a game where fellas belt each other and then they shake hands at the end of the game and go and have a beer,” he continues.

“Friends and family can be involved and it’s just a wonderful platform to bring people together. I think this a pretty amazing step.”

Manning has a Level 1 coaching certification from Australia, and he has coaching experience in his hometown of Mackay, Queensland.

He says the LA team and CRL in general will be targeting homegrown American crossover athletes to join their ranks.

He says with such a huge population, only the top percentile of athletes makes it in professional sports in the US, meaning there is a vast untapped market the new league can recruit from for players.

“I think the scope to uncover guys who could be world class athletes in different sports is great,” he adds. “I think that’s one of the real exciting elements of this is to hear an American twang on a rugby league field. It’s quite foreign so I think it’d be great.”

As for getting the word out to those potential players, the CRL has been actively promoting itself on digital platforms in social media. The first training run for interested players has been set down for September 21 in Long Beach and Manning says from that point on they plan to run practice sessions through November in the lead up to the first exhibition game.

The new team in northern California, San Francisco Savage, will shortly make an official announcement about its new head coach.

More to come on that soon, so watch for our next update on the new California Rugby League.