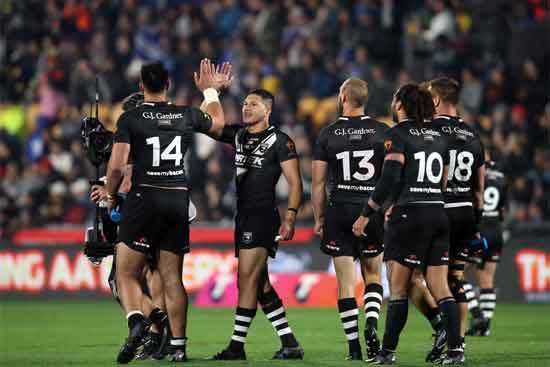 The 2021 Rugby League World Cup will take place in England, between 23 October – 27 November 2021. It will be a month full of excitement and fierce competition. There will just one small difference though, the tournament will consist of 16 teams, which is an increase of two teams since the last two tournaments.

The New Zealand Kiwis are among the favorites to win it. Online bookies are placing them as one of the top teams, as well. There are a lot of online bookies where you can find out more if you want to know who are the other favorites alongside the Kiwis. It is fair to mention that they have been eager to win it since the 2008 Rugby League World Cup when they came up victorious.

Considering the excellent relationship between New Zealand Kiwis and Rugby League World Cup, you can be sure that they will fight for the number 1 spot. Even though England are the hosts, you can never write the Kiwis off.

There has always been something in store for the Kiwis during the World Cups. In the 2017 World Cup, they reached the quarter-finals but failed to go further. The team was ranked second in the 2013 England/Wales World Cup, and like mentioned before, they were the 2008 champions when the World Cup took place in Australia.

They are in the first Pool, alongside Australia, England, and Tonga. We will definitely watch some epic matches. At the moment, the New Zealand Kiwis world ranking is at number 3, right behind England (2) and Australia (1).

Why are NZ Kiwis such big favorites? Well, for one thing, they are keen on getting their hands on the World Cup, especially after they were knocked out in the quarter-final in 2017.

The Kiwis has a nice history when it comes to tournaments in England. Like mentioned before, they were runners up in 2013, when the tournament was taking place in England and Wales. They were also runners up in the 2000 World Cup, which took place in Great Britain and France.

Long story short, they do have a unique motivation on English ground, and they have achieved a lot of successes. It seems that they put their maximum effort, and for some reason, it really pays off more than anywhere else. This is something that needs to be taken seriously, and the other national teams will have to find a certain strategy to try and beat them.

The players are also in great shape and are eager to prove themselves and get their hands on some silverware. They spoke out and said that they owe that to the fans as an apology for the short run in 2017.

There is no doubt that we will experience great scenes in 2021. Everybody is looking forward to the tournament, and all eyes are on the Kiwis. The competition will have a lot on their hands.