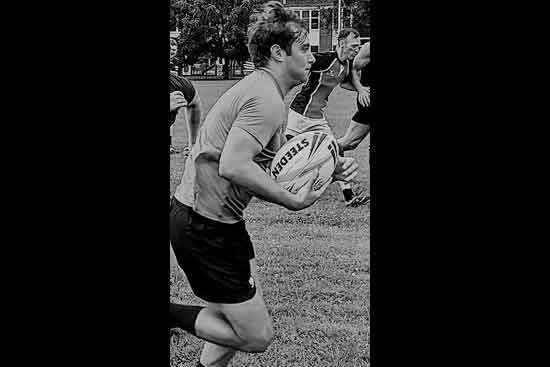 The Midwest Rugby League (MWRL) finally got an exhibition game played this summer, but it wasn’t without its trials and tribulations.

The league, which still has its eyes on potentially entering the USA Rugby League (USARL) domestic clubs competition in 2020, has faced a series of setbacks in its efforts to stage more exhibition games this season, not the least of which was Mother Nature herself.

A planned game between the Chicago Stockyarders and a Midwest select side was eventually played this past weekend, despite rain and stormy conditions in Chicago.

The basic premise was to give players an opportunity to get some game time, with some travelling from as far away as Cincinnati to play rugby league for the first time.

The Stockyarders won the game by five tries to four. Nick Argy (pictured) scored a hat-trick, which was the highlight on the day.

Numerous new players were involved in the match, which the MWRL sees as a positive. The majority of them are based in Chicago and include ex-pats from the UK and France, as well as local rugby union players.

“We need to regroup for next year,” says MWRL CEO Mike Featherstone.

“2019 has not panned out how we had hoped, and we need to seriously rethink the way we approach growing the game here in the Midwest.

“That being said, the opportunity exists for the game here in Chicago. The Stockyarders have developed some really great partnerships over the years with the likes of local rugby union and the Chicago Park District, so we are still in a great position and we just need to re-adjust and take full advantage of this.

“On the national level, we have a really great relationship with the USARL clubs competition and (chairman) Danny Hanson has been a great help to us over the past couple of years.”

The Stockyarders have some potentially exciting fixtures in the pipeline for 2020, including possibly on an international level.

On top of that, the MWRL has not given up on “Project USARL 2020,” but it concedes that it will take some work.

Joining the USARL domestic competition as the third conference is still the MWRL’s primary goal, and as such, the league is also in contact with other local community stakeholders about developing other levels of the game in the Midwest.