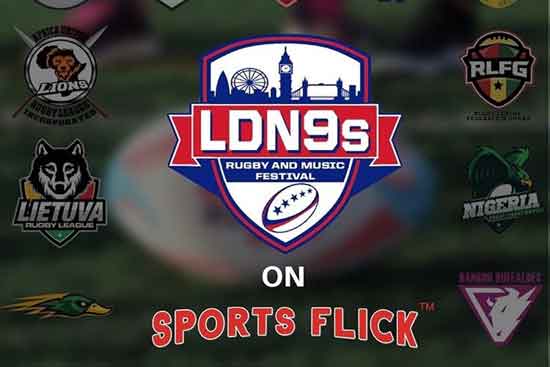 LONDON Nines, to be held next Sunday at East London Rugby Club, have signed a partnership with financial firm Red FX.

Red FX is an independent payments and currency consultancy; they will sponsor every try of the tournament with their logo to be displayed on the live stream via Sports Flick each time the ball is dotted down.

“I played rugby league at university and I’m also a great advocate of innovation in sport, as with business,” said Red FX managing director Kevin Tullett.

“Seeing the London Nines is to beamed around the world, in HD, is a unique opportunity for brand placement for RedFX to promote our services to a wider audience.”

London Nines owner and founder Graham Oliphant added: “With more countries entering the London Nines and a wider partnership with Rugby League World Cup 2021 in development, ahead of the World Cup year, this is a great time for us to partner with a Global FX consultancy.

“We’ve been in talks with Kevin for a while now and have cultivated a strategic partnership that will see both parties grow substantially over the next two years.

“What’s more, with so many games of fast and furious Nines, there’s likely to be a LOT of tries scored! That’s a LOT of coverage for RedFX as a Company!”

The London Nines is part of a new ticket promotion, the London League Weekend, with packages available allowing fans to attend the ‘Friday Night Lights’ match between London Skolars and Hunslet, the Challenge Cup final at Wembley between St Helens and Warrington on Saturday and the Nines on Sunday for one low price.

Sportsflick are also offering three months’ free subscription for anyone who signs up before the Nines.

Ground-breaking LONDON LEAGUE WEEKEND
London Nines, with our partners from Rugby League World Cup 2021, will be a key component of the new London League Weekend.

This offers fans three big-ticket events in the capital over the Bank Holiday weekend, all for just £39.