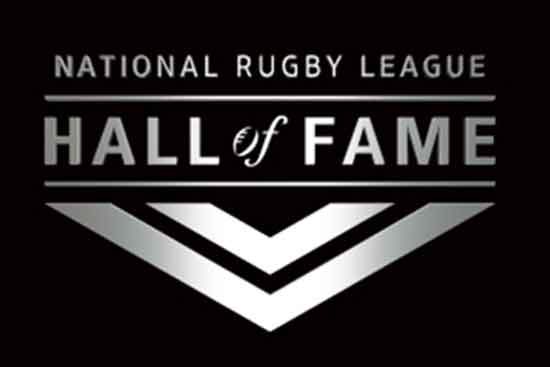 The 2019 NRL Hall of Fame nominees have been formalised, with 25 former players in contention for this year’s induction class.

An independent screening committee selected the 25 players, ahead of the formal induction of up to four players on August 14, alongside three Contributors.

NRL Chief Executive Todd Greenberg said all nominees deserved to be part of the list which would provide the nominations for the 2019 Hall of Fame Players class.

“This is a wonderful group of players – all of whom would not look out of place in our Hall of Fame,” Mr Greenberg said.

“We have literally thousands of games of experience and at least one player in every position.

“The players cross a range of eras too, being a wonderful reflection of the game’s incredible history.”

Senior Manager of NRL Awards, Frank Puletua said a Voting College of 25 judges, representing a cross-section of the game, would pick the four players to be inducted.

“This process is a continuation of what we started last year with our Hall of Fame and Immortals, and is a legacy which will continue,” Mr Puletua said.

“Each one of the nominations carries special memories for thousands of Rugby League fans, and deserve to be once again acknowledged for their feats.

“The nominations will create passionate debate among fans as to who ultimately deserves the added recognition of being inducted into the Hall of Fame.

“When you look at the 25, it is an extraordinarily difficult task to whittle the list of players down, as all a very worthy of being recognised for their achievements on-field. However, there can only be four players inducted annually so it will be interesting to see who the judges have voted for in 2019.”

The new Hall of Fame members will be announced next Tuesday, August 13, ahead of the formal induction.