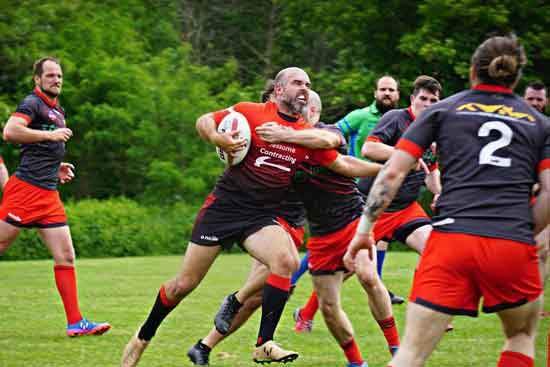 Since the last Rugby League World Cup (RLWC) there has been a lot of discussion about the need to grow the game internationally, but not much about doing so at the grassroots level. The Ontario Rugby League (ORL) is one body that is looking to do both.

The ORL has a new board and a new president, and as such, a new view of how to grow the game moving forward.

ORL president Ryan Murray says the board has a lot of items on its agenda and they’re mostly about spreading the game across Canada’s vast eastern province.

“We are looking to start a youth after-school program in Toronto, the east end of the Greater Toronto-Durham region area. All families interested in supporting this development should email us,” says Murray.

“We have launched a new YouTube channel with all of the 2019 domestic season game footage available for fans around the world to check out.

“We recently launched an online store for fan and player apparel. It can be found on the Canada Rugby League website www.canadarugbyleague.com

“We have a golf tournament which is being held at Pickering Golf Club on August 17, 2019. Everyone who signs up gets two tickets to a Toronto Wolfpack game.”

While all of these projects are designed to help spread the word at the local level, the board has an even bigger item on its to-do list, which is to promote the 2020 season. Murray says they have some major works in the pipeline.

“We are in the making of a provincial tour to Jamaica and Chicago for the 2020 season and looking for passionate rugby league supporters looking to start clubs in Ottawa, Barrie and Oshawa,” he continues.

“The ORL board is willing to assist with recruitment and funding these startups.”

As RugbyLeaguePlanet reported at the weekend, Ontario is also in negotiations with the Northern Virginia (NOVA) Eagles of the USA Rugby League (USARL) North Conference for a game in the eastern US in August.

If it’s confirmed, it will replace Ontario’s planned match with the Chicago Stockyarders in Toronto that had to be scrapped due to insurmountable logistical issues on both sides of the border. The match was meant to be a return rubber for last summer’s exhibition game between the two sides in Chicago.

“The ORL is on track to having its greatest term ever,” concludes Murray.