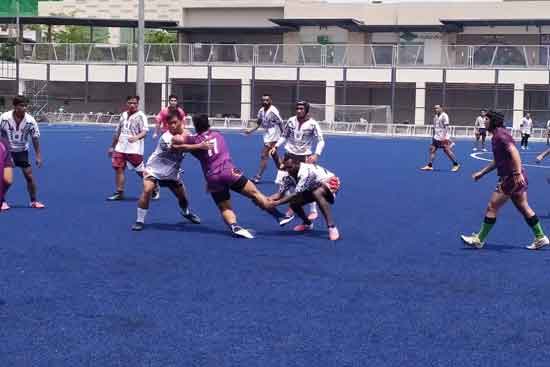 In the third round of the local competition in the Philippines, foundation club Manila Storm returned with a vengeance!

JULY 14 2019, a battle between Manila Storms and North Luzon Hunters. Manila Storm scored the first try in the first minute but the Hunters didn’t loose their morale and answered back with a try.

The Hunters didn’t stop at just one try and scored a further 2nd and 3rd try.

The Storm players didn’t give up and also scored 2 consecutive tries.

With both teams going into the break with the score tied at 24 all.

In the second half, the Hunters scored early but the Storm answered back with 4 consecutive tries.

The Hunters held their heads high and didn’t loose hope, they stopped the Storm momentum and scored their 6th try.

Manila Storm ensured their win with a 9th try but the Hunters still battled and scored the last try of the game.