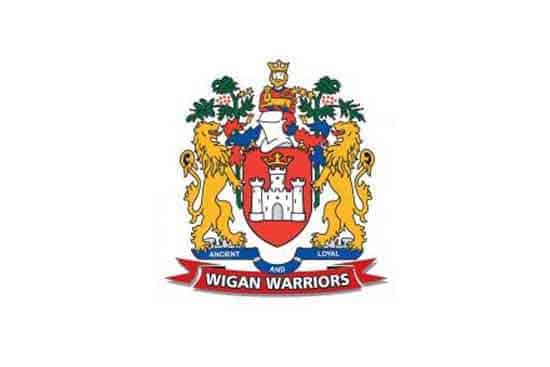 There was sad news this week with the confirmation that Manu Vatuvei has had to retire from the sport after a number of injury setbacks.

The Beast suffered a career-threatening Achilles injury while at the Salford Devils, and plans for a return to the sport had been put on hold as he struggled to recover.

There were even talks of a boxing career – Vatuvei has had a couple of bouts, winning both – but that has been scuppered with the diagnosis of a brain cyst that prevents him lacing up a glove or even pulling on his boots, for safety reasons.

The 33-year-old has admitted that he knew his career was over months ago, but simply could not face officially calling time on the sport he loves: “Well as you already know that I’ve been out of the game and talks that I’m retired, or going to retire, but I wasn’t ready to or accept that my time is up and can honestly say it’s been the tough and now I’m ready to accept and announce my retirement”, Vatuvei announced via his Instagram profile.

Well as you already know that I’ve been out of the game and talks that I’m retired or going to retire but I wasn’t ready to or accept that my time is up and can honestly say it’s been the tough and now I’m ready to accept and announce my retirement… . – Haven’t got much to say right now but just like to thank everyone that has supported me through my career.. to all The Fans thank you for always supporting me and all the kind messages over the years I will always remember them and cherish it for the rest of my life.. I know I’ve been one of those player that always have you on the edge of your seat when ever I played or high ball comes my way hahaha but I like to always try put a good performance for you every time I’m out there on the field… . – I’ve been so lucky to play in a few teams from grassroots(Scorpions/OtaBlu,ETMalosi), @nzwarriors , All Stars, @nzrugbyleague , @tonganrl and @salfordreddevilsrlfc l and have met a lot of friends who I can say are my family… to all the sponsors especially @puma @asicsnz @vodafonenz @airnz @bendonman @barkersclothing and many more but to everyone thank you so much cause you all have played a massive part in my career and I am Iublessed and grateful what everything.. . – To my Family and Friends thank you for having my back every time, through my highs and especially my lows when no one was there for me you guys were the ones that will be there and see the true side of me when people use to think I was the happiest person ever cause of my laughter but behind close doors I wasn’t. Without you I wouldn’t be where I am right now and thank you so much for being there for me and my lil family and even thou I’m having a tough time i can always rely on you guys to have my back and always be there for us. . – My long time mate and manager Peter Brown, the help and support that you have done for me and my family especially all the work people don’t see, it has never gone unnoticed and you have played the biggest part in my career getting my contracts sorted and just sorting out my life, so all I could focus on was footy. really appreciate everything you have done for me and especially my family… . – #OUA #lessssssgoooooo

The winger leaves behind an illustrious career, having made some 226 NRL appearances for the New Zealand Warriors across 14 years, scoring 152 tries and going on to become the leading try-scorer of all time for the club.

The man affectionately known as ‘The Beast’ also became the first player in NRL history to score at least ten tries in ten consecutive seasons, and such prolific form earned him 29 test caps for the All Blacks, with whom he was part of the World Cup-winning squad of 2008.

He hasn’t confirmed his next move as yet, although he is likely to continue in his coaching role at Tonga, and there may be a temptation to swap rugby boots for tap shoes having won the last series of Dancing with the Stars in New Zealand.

Famed for his try-scoring, Manu Vatuvei was also a fearless defender with an almighty hit into the bargain.

And now his old club, the New Zealand Warriors, could do with his defensive prowess as they continue to struggle for momentum in the NRL 2019 campaign.

They currently sit in twelfth place on the league ladder, and while they are still in striking distance of the Penrith Panthers in eighth, there are a couple of improvements that are drastically required.

From a defensive perspective, the Warriors have shipped 335 points in 16 games thus far, which is far too high for any outfit with aspirations of qualifying for the Finals.

They have also been curiously poor on home turf at the Mt Smart Stadium, losing each of their last five matches in front of their own supporters.

All of which means the sportsbooks, who are often the best judges, aren’t convinced the Warriors can claim that all-important top eight place, with the team at odds of 6/1 to achieve the feat. Indeed, you might be better served spending your bet money elsewhere, with this winter being a great time to pick up a top casino bonus at many providers that offer both sports betting and casino games such as Betway and Karamba, taking advantage of offers such as matched deposits and free spins. Give the Warriors’ form of late, it might make for a smarter investment!

The club would love nothing more than to honour Vatuvei’s career with a run to the Grand Final. But they will need to harness the spirit and the skills of the great man himself if they are to turn their 2019 campaign around.