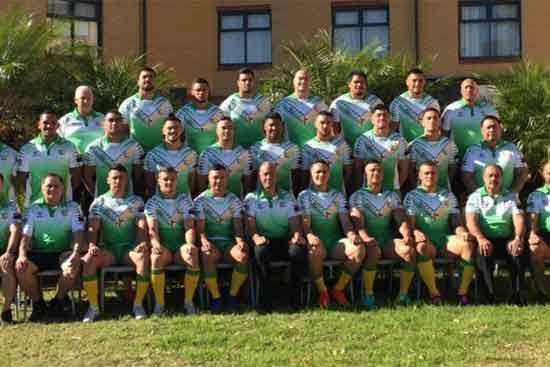 The Cook Islands have benefitted in the latest RLIF world rankings from their recent strong performance in defeating South Africa in the qualification game for RLWC2021.

The Kukis, who defeated the Rhinos 66 points to 6 in June, have risen from 45th to 28th in the rankings and they will now play the USA Hawks in November in the final qualifying game for the RLIF World Cup

With the news that Cook Islands will also take their place in the 2020 RLIF Oceania Cup which will provide them with an additional two fixtures scheduled, they will expect to see their world ranking position change rapidly.

“We have been disappointed with our low ranking over the past few years, but we understand that our lack of international games has had a negative impact on that.

“Now that we have a full programme of full international matches we can build momentum, continue to develop our national team and our ultimate goal is to challenge for a top 10 position over the next 18 months.”

Jamaica, Greece and Norway have also benefitted from their recent involvement in world cup qualification to move up the rankings to 13, 16 and 18 respectively.

Australia retain top spot, England remain second however, New Zealand, in third place have closed the gap after their win over Tonga who remain in fourth position

The Women’s rankings have also been updated after a series of matches played in both hemispheres and whilst the top positions remain unchanged the main improvement has been the addition of five nations who have played full international matches.

From the Southern Hemisphere, Fiji and Samoa have been added, in Europe both Serbia and Turkey have played full internationals and South America has their first nation after Brazil made their international debut.

“These are exciting times for the rugby league in Brazil, we have been confirmed as affiliate members of the RLIF, we are looking forward to matches for our men’s and women’s teams for the next year and now our women’s team has achieved an official RLIF world ranking.”