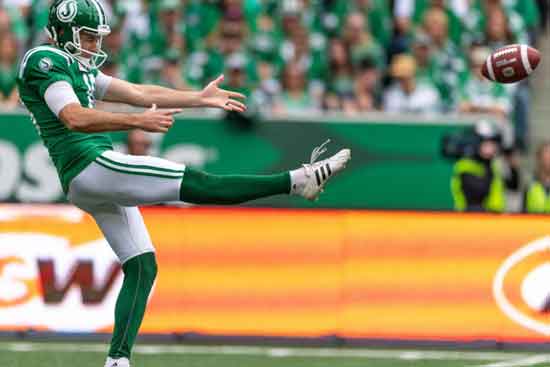 The example of former NRL player Valentine Holmes earning a crack in the NFL for the upcoming season in the US has been well documented, as was that of Jarryd Hayne’s stint in the NFL a few years earlier.

Even NRL superstar Jason Taumalolo dabbled with the idea of chancing his arm in America’s king of sports when he and Holmes came to the States in 2016 for tryouts with several NFL teams, before he eventually opted to stick with rugby league and play internationals for Tonga.

Prior to these players rolling the dice, ex-AFL player Darren Bennett earned a spot as a punter for the San Diego Chargers and Minnesota Vikings (1994-2005) and before him, former rugby player Colin Scotts was a defensive tackle for the St Louis Cardinals, Arizona Cardinals and Houston Oilers (1987-1989).

The very first Australian to play in the NFL was former Aussie Rules player Colin Ridgway, who signed as a punter for the Dallas Cowboys way back in 1965.

There was one other rugby league player who came to North America to play professional football in the early 1970s, but it was in Canada.

Mark Harris, a centre with the then Eastern Suburbs Roosters, was a kicker for the Montreal Alouettes in the Canadian Football League (CFL) after trying out for the NFL’s Philadelphia Eagles. He returned to the Roosters and played for Australia in the 1975 Rugby League World Cup, before finishing his career with the North Sydney Bears.

Apart from Homes, all of those guys did it the hard way by trying to catch the attention of NFL scouts or sports agents who are constantly bombarded by American players coming out of the US collegiate system hoping to be drafted or signed at a later date.

In Holmes’ case, he has benefitted from a new option the NFL has instigated just this year whereby four teams in the AFC North have been granted one additional ‘international’ roster spot each. It means Holmes and three other players from overseas will play in the 2019 preseason and will then be part of each team’s extended roster for the regular season.

There is one Australian currently playing in the CFL. Josh Bartel signed this week as a punter with the BC Lions. This is his seventh year in the league having played four seasons with the Saskatchewan Roughriders and two years prior to that with the Hamilton Tiger-Cats.

He says he’s absolutely chuffed to have signed with the Lions and play in their indoor stadium.

“I’m pretty excited, especially as I get to kick indoors and live in the great city of Vancouver which, as you know, is a lot closer to home than other places I’ve stayed,” says Bartel.

He has an Aussie Rules background having played the game in Wodonga, Victoria, but his path to the CFL was somewhat different to that of the rugby league players. He says he grew tired of the game and wanted to broaden his horizons.

“I ended up finding a coach in Melbourne with Prokick Australia, Nathan Chapman, and worked with him for 12 months. We went on a journey to Canada; he knew one of the recruiters in Hamilton and sent him some film. I did a workout there and got a contract,” reflects Bartel.

He says before that he and a mate had travelled around the US trying to get workouts with NFL teams, but it was during the time of the lockouts, so those efforts came to naught and the CFL presented as a good option.

As for the skills needed to be a consistent punter in the CFL or NFL, Bartel believes a background in rugby league or Aussie Rules is beneficial because players are used to kicking the ball.

“Kicking when there’s a rush coming towards you, you’re sort of used to it in Aussie Rules as everyone’s always running at you trying to smother the ball or tackle you. It also helps when pinning the other team. I can use the Aussie kick as it’s pretty accurate.”

Bartel says another benefit of playing in the CFL is that punters can score points via the rule known as the ‘Rouge’. It’s when a punter or place kicker boots the ball through the back of the opposition’s end zone so that it can’t be returned, and a single point is the result.

As is the case in the NFL, the CFL has likewise introduced a new option this year that benefits overseas athletes from other sports. The league has added one ‘global’ spot to every team’s active roster and up to two on their practice rosters.

The CFL also held special global combines during the offseason that were open to athletes from abroad, as well as holding its first international draft.

All of these additional opportunities make the CFL worthy of consideration as a career-changing option for rugby league players the world over.