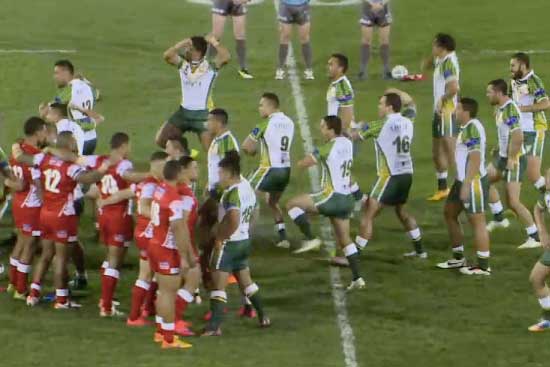 The Cook Islands will not be underestimating the USA in the lead up to their do-or-die Rugby League World Cup (RLWC) qualifier, according to Kukis head coach Tony Iro.

The two countries are scheduled to meet on November 16 in Jacksonville, Florida, to determine who gets the final qualifying berth for #RLWC2021 in the UK.

They arrived at this juncture by different routes. The US finished runners-up in the Americas region qualifying series, while the Cook Islands (Asia Pacific) beat South Africa (MEA) in an inter-region qualifier.

In Iro’s mind, the USA will have the advantage.

“They have a number of good professionals and will be very hard to beat on their home turf,” he tells Rugby League Planet.

The Cook Islands were big winners last month over the South Africa Rhinos in Sydney by fielding a team that included a number of professional players, but that may not necessarily be the case in November.

“Obviously it is the start of preseason training and we will rely on clubs releasing their players for the fixture,” continues Iro.

The head coach says another factor to keep in mind is that his squad won’t have the opportunity to train together prior to the big game.

“The boys have commitments with their respective clubs across two hemispheres, so the first we will all be together will be when we fly out in November.”

The last time these two teams met was at the 2013 RLWC and on that occasion the USA Tomahawks came away with a 32-20 victory.

However, Iro says a get-square for that result will not be a motivator for his team in their November showdown in Florida.

Cook Islands just about set for RLWC Qualifier against the USA