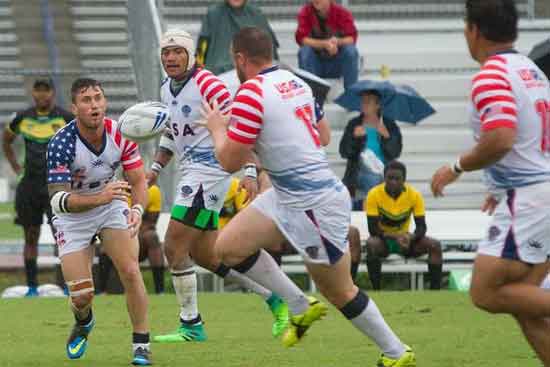 Although it is still four and a half months away, the USA Hawks have already started initial planning for their Rugby League World Cup (RLWC) showdown with the Cook Islands.

The November 16th contest will be the very last roll of the dice for both countries to qualify for the 2021 RLWC in the UK. The game will determine the final qualifier for the big dance.

As the runners-up in the Americas region qualifying series last November, the US earned the right to host the showdown against the Cook Islands who beat South Africa in a qualifier between Asia-Pacific and Middle East Africa (MEA) on rugby league’s designated international weekend last month in Sydney.

The Americans are banking on having as a strong a team as they can muster for the do-or-die contest.

“It will be a tough game. They have a lot of pro players and the rest are semi-pro and we are expecting them to be at their best.”

The game is slated to be played in Jacksonville, Florida, a venue that by and large has been a relatively happy hunting ground for the US in the past decade. They are 7-1 since their first game in the northeastern Florida city in 2009.

The US and Cook Islands have faced each other only twice in the past and are 1-1.

The Kukis posted a big 68-4 win in their first encounter back in 1995. The next time the two sides locked horns was at the 2013 RLWC when the then Tomahawks emerged victorious 32-20 in Bristol, England.

That was the USA’s opening game of what turned out to be their ‘shock and awe’ run to the World Cup quarterfinals.

The Hawks still have a number of heritage players from the 2013 campaign who are active on their roster including Mark Offerdahl, Bureta Faraimo, Kristian Freed, Joel Luani and Danny Howard.