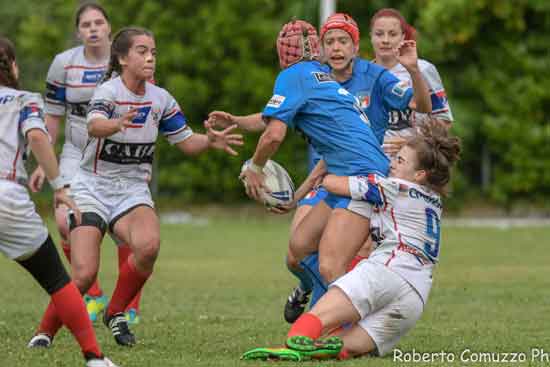 “I was very happy with our performance,“ said FIRL vice president, Tiziano Franchini. “In our last training sessions we worked especially on defence and it showed. Overall we saw improvment in the team, the women are getting more experience and are learning fast about the game.“

The Serbian women, with only a couple of months of club competiton under their belts, delighted their head coach, Željko Delić, “I’m extremely proud of the effort and determination shown by the players,“ he said. “We had no pressure of expectation regarding the score and the women really proved their strong character. This was the first-ever full 13-a-side test for them and the only way is up from here. Most of the team are aged 18 or under, so that tells us a lot regarding how much room there is for progress.“