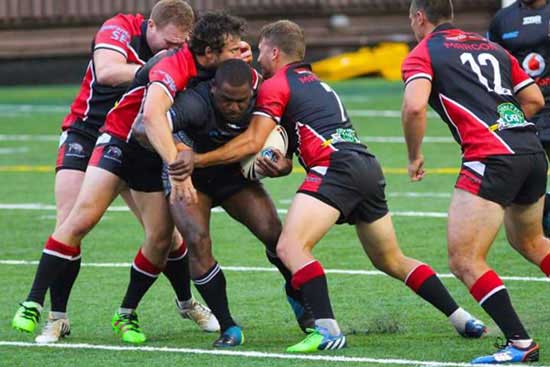 The Canada Rugby League Association (CRLA) has confirmed that both the national men’s and women’s teams will tour Serbia later this year.

In what is believed to be a first for international rugby league, the Wolverines and Ravens are scheduled to tour Serbia simultaneously in September.

There will be five games in total, three for the men’s team and two for the women.

The tours are set to take place September 12-22.

Wolverines head coach Ben Fleming says the tours represent a starting point for a change in the CRLA’s mindset on how to move forward and achieve success.

“I think having a tour each year, promoting brand awareness and getting our team out onto the world stage and playing different countries might create a difference that we’re looking for,” he says.

“We need players in the system and sometimes the biggest struggle that we have is getting players to training consistently because the geography of our country is so big. So, going on tours and having them eat, sleep and play together for ten days is something that we want to work towards.”

Fleming says while the simultaneous tours will be history-making for Canada, he sees them more as trying to create a precedent for the game in Canada rather than something for other rugby league nations to necessarily mirror.

“I think there’s no reason for us not to do things together,” adds Fleming.

“I personally think that it’s the way forward if the Wolverines are to continuously go on tours now each year then there’s no reason that the women aren’t invited to that.

“And again, whether we play the same countries or whether visiting countries that have established women’s teams turn up I see it as creating a precedent that we don’t want to shy away from. Now that we are touring together hopefully, we’ll be able to continue touring together.”