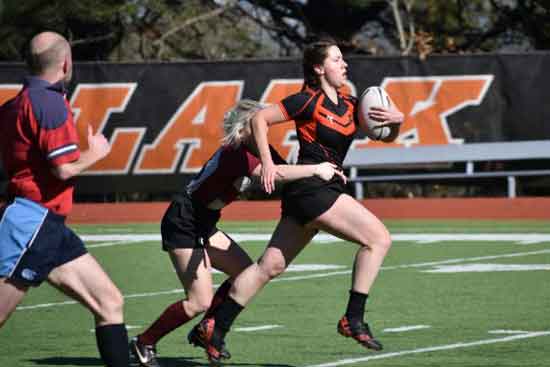 Serbia will become the latest rugby league nation to field a women’s team when they face Italy in Lignano tomorrow (Saturday) as part of the sport’s international weekend.

The formal women’s club competition in the country only began this year, with sides playing regularly in Belgrade – at Red Star Belgrade and Partizan – and in Leskovac. But the opportunity for their players to test themselves against a nation whose women have recently faced France, Lebanon and Turkey offers the Serbians a welcome chance to play at a higher level.

“It’s an historic game for us and our team is very excited”, said Serbian women’s team manager Zeljko Delic. “We have invested a lot of energy and time to start women’s rugby league and we believe that international activity can achieve further awareness. Our team is really talented and we are going for the win against Italy.”

The Serbians have named 29 players in their provisional squad, led by Morava Cheetahs Vanja Pesic, who has experience of the sport from her studies in the USA.

The match will take place after the men’s Balkan Super League game between competition debutants Lignano Sharks and Serbian champions Red Star, in the third round of regional competition.

“FIRL is very excited for this game and event,” said Italian rugby league’s vice president TizianoFranchini. “It will be good to have a home match for the women and more games in Lignano Sabbiadoro, which hosted a World Cup qualifier and will be the venue for the European U19s.”