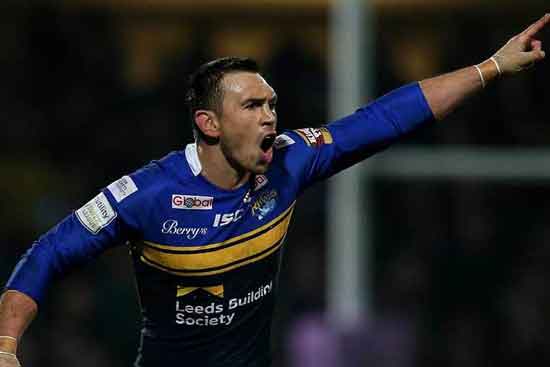 When you speak about the best rugby league players of all time; there is little doubt that there will always be contentious omissions that other fans would be unhappy with. However, for the most part, there will be little doubt in anyone’s mind that these players would be deserving of a place in the top five.

Much like NFL betting, when you would see one of these star players on the team sheet, you would know that the team that they are playing for would have a high chance of winning the match. These players are often the difference between mediocrity and a team achieving greatness throughout the season.

There are very few players that caught the imagination of the Super League like Sam Tomkins. Ever since he arrived in the league for the 2009 season, he instantly made the Wigan Warriors a better side and a leading contender for the Super League title. During his time at Wigan, he won two Grand Finals in 2010 and 2013; where he was a vital part of their team in both wins. He also added two Challenge Cup successes in 2011 and 2013.

However, the 2013 season would be his final outing at his beloved team before a move to New Zealand to attempt to further his career. However, he lasted only two years at the New Zealand Warriors before moving back to Wigan after feeling homesick. He stayed for two more years at Wigan before being sold to the Catalan Dragons after recurring knee problems. His stay at the Dragons was nothing short of a disaster, as he was fined after an incident in a night club. But his impact during his early career means that he undoubtedly must be spoken about as one of the best English rugby league players.

Offiah was a true gentleman throughout his career and really helped that rugby league became a household sport in the UK. He jointly holds the record for the greatest number of tries scored in a single match for his country and was a fearsome opponent on the pitch. Meanwhile, he continues to be a guiding light in bringing more fans to the sport. At his peak, he was probably the quickest player in rugby league, and he holds the record for the third-most tries scored; as he scored 501 tries.

The prime years of his career were spent at Wigan between the late 80s and early 00s. He made over 150 appearances for the Warriors and averaged more than one try a game; scoring 186 tries in total. Following his stint at Wigan, he moved onto play for the London Broncos and the Salford City Reds, before switching his allegiance back to union.

Very rarely can a player sustain the high levels that are needed in rugby league to stay at one of the best teams in the country for the whole of their career, but Sinfield did. He spent the entirety of his professional career with the Leeds Rhinos and also captained his country. During his time at the Rhinos he led the team to seven Grand Final wins and two Challenge Cups, he also became the only captain to lead his team to three consecutive Grand Final wins.

He has broken almost every record that there is to break. He is only one of four British players to win the Golden Boot, while he is the highest points scorer in the history of the Super League and the third highest points scorer in the history of British rugby league. He also won individual accolades in the form on the Lance Todd Trophy in 2005 and the Harry Sunderland Trophy twice in 2009 and 2012.