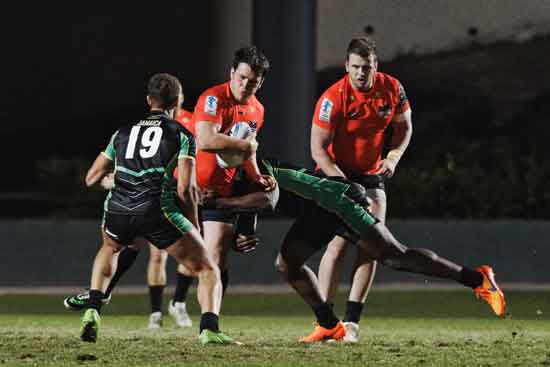 The Canada Rugby League Association (CRLA) is discussing the possibility of an historic tour to Serbia this autumn.

The tour would most likely take place in September and if it goes ahead, it’s understood that it would be the first time ever that men’s and women’s national rugby league teams from the one country would tour another country at the same time.

CRLA president Bob Jowett tells RLP that while it’s not yet set in stone, a historic dual tour is a distinct possibility.

As to why Canada is suggesting both national teams tour simultaneously, Wolverines head coach Ben Fleming says it makes sense to give the same option to the women’s side as the men.

“After a successful Women’s World Cup campaign, and with the Ravens sitting 4th in the world, I believe it’s best to be active on the world stage,” says Fleming. “We need to actively progress towards selection for the Women’s 2021 World Cup.

“Serbia have a very strong men’s competition and growing women’s competition, and they have been incredibly hospitable in giving us this opportunity. Not only do we want to really showcase our talent and activate our brand, both countries want to work with the European and International federations and grow the game. I also believe if we are active nationally, then it can promote grassroots growth.

“With the men’s team, we had an unsuccessful World Cup Qualifying campaign, and although it was nice to get a win over Chile, we didn’t qualify again. I believe we have to start to branch out and look at other opportunities.

“We can’t keep doing the same thing through the years and expect different results, so we’ll start with a trip to the Balkans this year, hopefully, but I already have further European and UK opportunities penciled in for 2020 and 2021 which is very exciting.”

In total, the Canadians are looking at scheduling five games between both teams. The Ravens would play Serbia twice, and the men would play Bosnia or Montenegro, and then Serbia twice.

Players selected in teams would be domestic-based for both countries.

On top of that, the Rugby League Americas Championship, which up until now has been played in the summer and autumn, will become a biennial event as per the RLIF’s newly ratified calendar for regional tournaments, and as such, will not be contested this year.

In 2010, Canada and the US established the Colonial Cup series. At the same time, the Canadians and Americans were playing separate games against Jamaica.

In 2016, the three countries jointly formed a tri-nations series that is the current Rugby League Americas Championship.