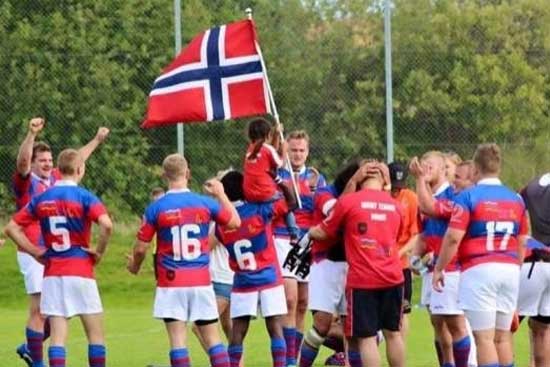 In the lead-up to the biggest match in their history on Saturday, when they face Greece in a 2021 World Cup qualifier in London, rugby league has been officially recognised by the Norwegian government.

At an extraordinary general assembly of the Norwegian Rugby Federation (NRF), the sport was voted in as an activity according to the rules of the Norwegian Olympic and Paralympic Committee and Confederation of Sports (NIF), ten years after matches were first played.

The decision caps a five-year campaign by Rugby League Norge which will be formally recognised as a governing body, likely before the end of the year. League will have a parallel legal status as other sports administered by the NRF.

As a recognised body, RLN will control its own governance and bank account whilst its clubs will, for the first time, be able to name themselves ‘rugby league clubs’ rather than ‘rugby clubs’. The clubs will also be voting members of NRF, whose board will have two rugby league directors, along with wheelchair rugby and rugby union. Funding for rugby league will now increase, especially for youth, club and technical development.

Karl-Fredrik Velle, Rugby League Norge director, who was also elected vice president of the NRF on the acceptance, said: “Both the NRF and Rugby League Norway are satisfied with this solution and are now starting to formalise an agreement; the real development of rugby league in Norway begins now.”

The first season in Norway kicked off in 2009 with three teams and 50 players. Since then the sport has grown to 12 clubs comprising of approximately 550 senior and youth players.

“This is the perfect boost for us going into the huge match with Greece, with the title of European Championship C winners also on the line, ” added Velle.