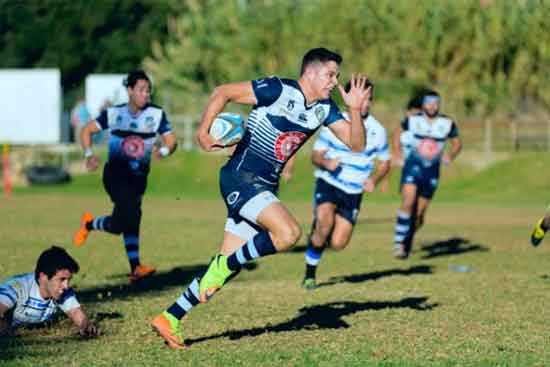 With the upcoming 2021 Rugby League World Cup in England, let’s look at the influence and history of Rugby League around the world. Rugby league is a sport with more than 100 years of history. Currently, professional leagues are played in Australia, England, France and more as this code of sport is constantly expanding. For example: in the British Rugby Football League Championship, there is Canadian club Toronto Wolfpack, and French club Toulouse Olympique.

In the Southern Hemisphere, the New Zealand Warriors have participated since 1995 in the Australian National Rugby League Championship. In 2017, the Papua New Guinea Hunters won the Instrust Super Cup (formerly Queensland Cup), becoming the first team out of Australia to do so. Also, every year the best teams in the English Super League and the Australian NRL face off in the World Club Series. Its popularity in Australia is immense, with Unibet Australia reporting higher profits in the NRL season. For all Rugby League statistics, curiosities and favourites try out Unibet Australia.

The Spread of Rugby League

Officially created in 1895, in Huddersfield (England), rugby league is one of the two ‘codes’ of rugby, also known as ‘football’. The custom of every Australian is to call it ‘footy’ and is the most widespread sport in Australia. At the time of the pioneers and before the rules of modern sports were codified, several sports used the word football.

In the last decades of the nineteenth century, the problem of player salaries, due to the unpopularity of rugby, became increasingly urgent in different parts of England, especially in the industrial north. Those who needed to train and play were continuously forced to give up hours of work. So, the foundation of the “Northern Rugby Football Union” (Later known as Rugby League or Rugby 13 in France & Italy). It was started at the George Hotel in Huddersfield on August 29, 1895. Twenty-two English clubs joined the RFU. That number grew to more than 200 clubs, 15 years later. It quickly spread to the Australian states of New South Wales and Queensland, home of the famous State of Origin; as well as to France, before the Second World War.

Rugby League Steps into the Mediterranean The history of rugby league in the Mediterranean goes way back to the dream of Frenchman Jean Galia. His efforts and his project inspired Vincenzo Bertolotto, a Turin-based lawyer and rugby enthusiast who started the Torino XIII. It was an era of success for the sport on the Italian peninsula, with the formation of the first Italian championship and above all, the tour of Great Britain, with an Italian selection.

Later, despite the prestigious international challenges with the Australian world champions in Padua and Treviso in 1960 (as the last nation of the 1959–60 Kangaroo tour), the diffusion of the sport came to a stop. There was a drastic policy from the authorities of Rugby Union, which threatened a ban for players caught playing 13.

Parallel to the activity of the Italians from Australia, new lifeblood and new projects have been started in Europe. In 2002, it was decided to bring Rugby League back to Italian soil, giving life to the association called Italia Rugby League, from which in January 2008, the Italian Rugby League Federation was formed. They wanted to progress by giving a federative structure, to start structuring the Italian championship, by making concrete propaganda.

In a short time, the first excellent results began to arrive in terms of both participation and support. The domestic championship was formed, and the National team began to participate constantly in official competitions (both senior and youth).

Every year matches all over Europe, and the Mediterranean are organised. The participating locations, as of 2019, in the European and Mediterranean regions include:

Italian rugby league remained substantially stationary for decades (except for those who had the courage and the desire to leave for England and attempt their careers there). But rugby league did not stop growing on the other side of the world. The Australians, now more superior than England and New Zealand in international tests, are repeatedly world champions. They now enjoy a very high-profile movement and a widespread passion everywhere west of the Barassi Line.

It was precisely from Australia and from the desire to honour Italian family roots, that Italian rugby league was rescued, with the initiative of players Mick Pezzano and John Benigni, with the formation of a new nucleus of Azzurri (both domestic and in the Southern Hemisphere). Their resourcefulness led to Italy’s invitation into the Rugby League World Sevens (1995 and 1997).