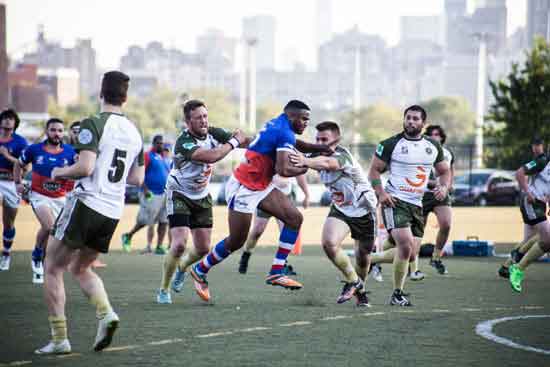 As time winds down to when the Rugby Football League (RFL) announces its decision on the two North American franchise submissions, it’s probably an opportune time to analyse whether they will make any difference to the status and profile of rugby league in the US and Canada.

The RFL is due to make its judgments known publicly this month on the submissions to establish teams in New York and Ottawa.

If the answer is no, then fine, no harm no foul and things continue as they are, however, if the answer is yes, what will that mean for the game in the two countries?

For the purposes of this exercise, let’s assume the RFL gives the thumbs up to both so the New York City and Ottawa franchises join the English competition in 2020 as is their plan.

Both submissions are kind of sort of based on the Toronto Wolfpack model in which the team starts at the bottom, League One, and ostensibly works its way up to the top, Super League. Toronto’s original plan had them reaching Super League this season, their third year in existence, but that plan ran off the rails last season and they’re still battling it out in the second division Championship.

Also, in Toronto’s case, they made it clear from the start that they would run at a loss for at least the first three years and there’s no evidence yet to suggest that isn’t the case.

Like the Wolfpack, the blueprints for NYC and Ottawa are much the same with neither expecting to turn a profit in the short to medium-term future and frankly that makes sense. You can’t start a new team from scratch and expect to make money off it right away.

Okay, so putting the monetary aspect aside, here’s where it gets a little murky.

The grow the game internationally crowd’s mantra seems to be that by establishing these two new teams, rugby league will get a huge boost in traction and popularity in North America. That by plonking teams in these two cities, a code that is virtually unknown to local sports fans will suddenly prosper.

You see, the grow the game folks think that by doing so, rugby league will automatically take off in North America and give the code a presence in the biggest sporting market on the planet, the US, and that when that happens, it will be well on its way to eventually usurping rugby union in the world’s most popular sports pecking order.

Nice in theory perhaps, but it’s totally unrealistic. And here’s why.

In order to gain traction, grassroots support is required and in case you’re unaware, rugby league has didley squat in that regard. Apart from the extremely rare exception, the game isn’t played at high school or university level so men and women can’t be exposed to the game at younger ages.

There are domestic men’s club competitions in the United States and Canada, as well as some fledgling women’s leagues in Canada, but of course they are amateur competitions, and as such, they don’t enjoy high public profiles. In other words, unless you’re a player, coach, administrator or volunteer it’s very unlikely that you will know about them.

Where the NYC and Ottawa franchises differ from Toronto is with their goal to eventually include American and Canadian players respectively on their team rosters, and for that they should be commended.

The Wolfpack have been an utter disaster on that one. They don’t have a single Canadian on their list. They did, but he got so disenfranchised (pun intended) with their whole approach that he not only left the club but defected to rugby union.

Toronto’s team is made up totally of Australians and Brits who have little or no affinity with Canada, so when their playing days are done, they go back to wherever it is they came from, which is hardly a sound plan for building grassroots support.

As we reported exclusively last month, the New York franchise has formed a partnership with USA Rugby League LLC, the governing body for the national clubs competition. The plan is to actually get involved in domestic rugby league and help develop homegrown talent.

In Ottawa’s case, the plan is to take over the loser Hemel Stags club in the UK and relocate it to Canada. Whether that will resonate with Ottawa sports fans is the $64,000 question, although the franchise backers seem to think it will, so perhaps they should be given the benefit of the doubt at this point.

Another ultra-important factor in sustaining a successful club is media, or more specifically, TV coverage.

After three years the Wolfpack are hardly setting the world alight in their own town. Other than a few thousand people who show up to their games, no one in Toronto has heard of them and it’s a city of five million people.

They like to say their games are available to millions of households around the world via live streaming online, but come on, how many of them do you think actually watch?

The NYC franchise says it has laid groundwork for media ties in the big apple which is a plus for them. Ottawa apparently still has some work to do.

As I have pointed out previously, the US and Canada are already crowded sporting landscapes with their favourites being NFL, CFL, NHL, NBA and MLB, meaning there’s not much room for any unfamiliar sports.

We’ll know soon enough whether one or both franchise bids are successful. If they are then good luck to them and best wishes for a bright future, but let’s not get carried with expectations that they will necessarily make a dent in terms of growing the game in North America.