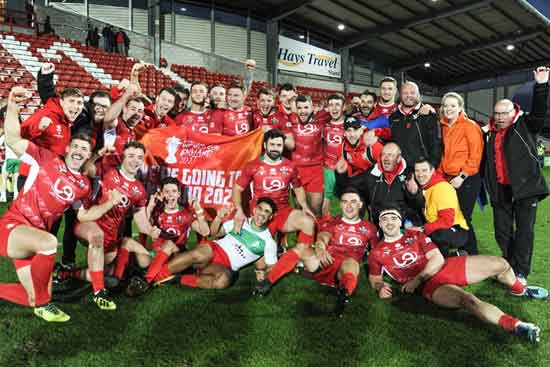 Wales Rugby League have accepted an invitation to take part in the 9s World Cup in Sydney this autumn.

The inaugural tournament, which will involve Wales and 11 other nations, will be held at Paramatta Eels’ new 30,000-seater Bankwest Stadium on October 18 and 19.

A 16-man squad, made up of players from Wales’ senior international side, will travel Down Under.

“As we’ve already booked our place at the 2021 World Cup, we don’t need to play any more qualifiers so this is a great opportunity to be involved with something new.

“We were excellent last autumn and I’m really excited to see how the squad develops ahead of the World Cup.

“The 9s World Cup will allow us to get together again as a group and build on what we did last year.”

Wales captain Elliot Kear said: “It was an honour to captain Wales for the first time last year and I’m looking forward to doing it again this autumn.

“It’s great that we’ve been invited to take part in a new tournament and we’re all really looking forward to being involved.

“We had a lot of new faces in the squad last year and the talent coming through is promising for the future of rugby league in Wales.

“The younger lads are progressing all the time and will have a lot more experience under their belts by the time we head out to Australia for the 9s World Cup.

“We want to continue our development as a group and do well in the tournament.”