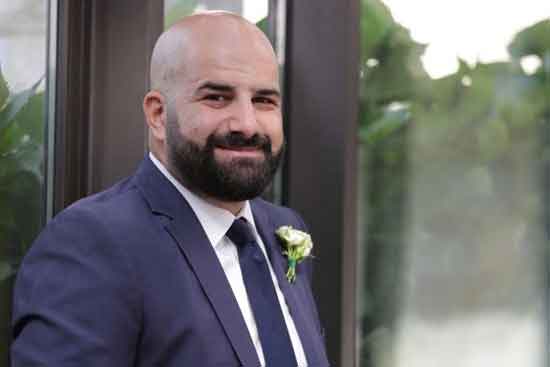 Nayef Abi Said has been appointed the new Lebanese Rugby League Federation CEO, after a three-month recruitment process. The 39-year-old becomes the organisation’s second chief executive, taking over from long-serving Remond Safi, who will now focus on his regional role with the RLEF.

Abi Said has an exemplary pedigree, having been a player in the inaugural LRL season in 2002 for Lebanese American University, a founding board member of Immortals RLFC – a club formed by LAU graduates – and elected onto the LRLF Board in 2014.

“The LRLF is one of those rare institutions that reflect the true spirit of our country and I couldn’t be more honoured to have been chosen to lead the organization,”  Abi Said commented, on taking up the role. “I believe that LRLF has a great potential but to seize it we must focus clearly, continue to develop the game and empower all those with a part to play to fulfil their passion and make a difference.”

Hailing from Bazoun in the north of Lebanon and living in Jounieh, the experienced businessman, who is fluent in Arabic, English and French, will chair the strategy committee in creating a new long-term plan for the federation, in addition to his day-to-day duties managing the staff and operations.

Outgoing CEO and administrative board member Safi said: “Nayef is well known within rugby league circles, he has the respect of all, and will do well developing the game here. I am grateful for the experience learned over the many years during my time at LRLF.”

The CEO appointment completes the federation’s scheduled series of personnel additions, including the election of a new board, appointment of a new Australian entity board, a new high-performance staff including Lebanon head coach, and three new committees.