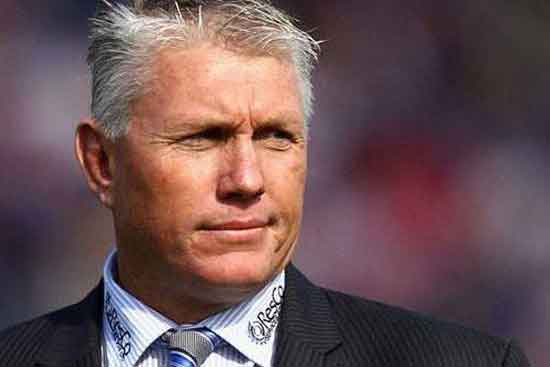 The Lebanese Rugby League Federation has named its staff for their 2019 international fixtures. Former Newcastle Knights and Huddersfield Giants boss Rick Stone has been appointed as head coach and

will be assisted by former national team players George Ndaira and Lebanon’s U20s and U18s coaches Michael Habib and Tony Sakr. Sam Ayache has been appointed as the operations manager.

“After a fantastic achievement in reaching the quarter-final the last World Cup, I am looking forward to continuing the development of the Cedars, and working with the next generation of players coming through our system,” said Stone, whose first match in charge will see old acquaintances renewed, with Lebanon scheduled to play Fiji in June.

The 52-year-old coached Fiji until 2014 and, in a further twist of fate, Stone’s last match coaching the Bati was a 40-28 victory against Lebanon. He led Fiji through the 2013 World Cup campaign, guiding them to the semi-finals.

LRLF president Assaad Feghali commented: “We had a lot of interest in the post and are really pleased to begin working with Rick and his team. Michael and Tony have been part of the LRLF for a few years now and have an excellent knowledge of the players that have progressed through our system, which will provide strong support. Rick’s experience, talent and leadership will be pivotal in directing Lebanon in this exciting new era.”