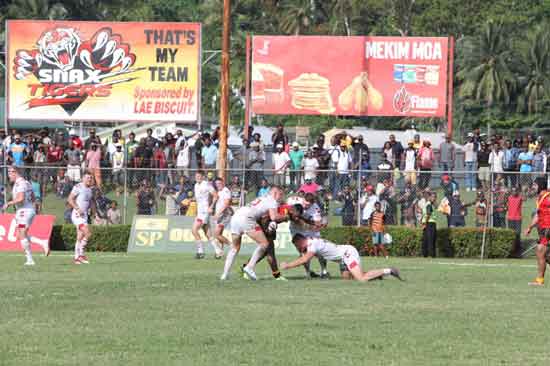 Wigan and Huddersfield each have three newcomers in the 34-man England Knights Performance Squad announced today.

Matt English, Adam O’Brien and Darnell McIntosh are the three Huddersfield newcomers, meaning the Giants also have five players in the squad as Kruise Leeming and Oliver Roberts retain their places after call-ups last year.

Warrington Wolves have the most players in the squad with six, followed by Leeds, Wigan and Huddersfield with five each.

The squad is completed by three players from St Helens, three from Castleford, two from each of Salford and Hull FC, plus James Batchelor of Wakefield Trinity, Hull KR’s Chris Atkin, and Matt Whitley of the Catalans Dragons.

The KPS will join the 30-man England Performance Squad at their first get-together of the season next month, and will hold a number of other meetings and training sessions in the remainder of the year – with at least one home fixture being planned for this autumn, when the senior Great Britain squad are on tour in New Zealand and Papua New Guinea.

Paul Anderson, the England Knights head coach, said: “We think this is an exciting group of players, all of whom know from their selection that they are very much in the thoughts of the England coaches.

“Involvement in the Knights set-up gives them the chance to impress, as has been shown by the England debuts made by so many players from the KPS last year, and the inclusion in this year’s England Performance Squad of Robbie Mulhern and our 2018 captain Jack Hughes.

“The trip to Papua New Guinea last year was such a memorable trip for all of us but also a massive benefit both physically and mentally as we develop elite level players for future tournaments, building towards the 2021 and 2025 World Cups.”