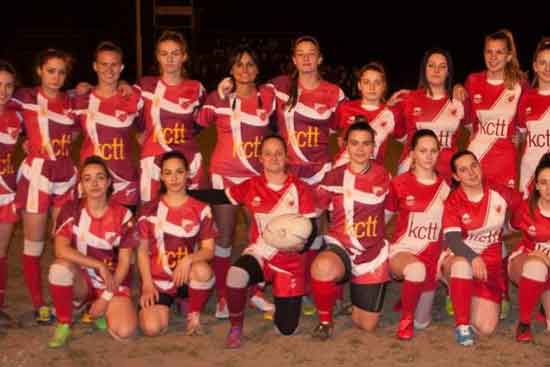 To commemorate the 65th anniversary of the inugural rugby league match played in the country, further history was made when Red Star Belgrade won the first-ever full contact girls match, beating Red Kangaroos 46-16 at the Ada Ciganlija stadium.

Played as a 9-a-side, full contact clash, Red Star were led by Helena Host, who scored 18 points from three tries and goals, and two-try Jelena Stoiljković. Tamara Bošnjak replied with a brace of touchdowns for the Roos.

“We made history today and even though it was exhibition game, we made a first step in setting up girls competition in Serbia,” said Red Star president Zeljko Delić. “The score wasn’t important, it was the commitment and passion among the girls that so impressed.”